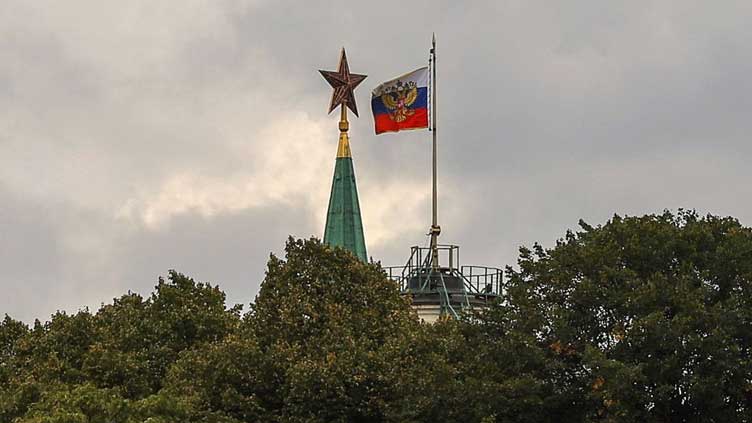 LONDON  (Reuters) - President Vladimir Putin on Wednesday ordered Russia’s first mobilisation since World War Two after suffering a major battlefield reversal in Ukraine, an attempt to turn the military tide in what he has cast as a defining East-West clash.

The mobilisation is, for now, being officially described as a partial one that will steadily draw in 300,000 reservists from across the world’s largest country over a period of months, rather than a full call-up that would rely on what Russia’s defence minister says is a vast reserve force of 25 million people.
Men and women aged from 18 to 60 years old can theoretically be called up as reservists according to Russian legislation, depending on their rank.

Western military analysts have long said that Russia is suffering serious manpower shortages on the Ukraine battlefield due to heavy losses, while Russian nationalists have for months been calling for some kind of mobilisation to inject new life into what they have described as a stuttering campaign.

Ukraine launched its own mobilisation programme two days before Russia’s Feb. 24 invasion and soon afterwards announced martial law, which banned men aged 18-60 from leaving the country. It is currently on its fourth wave of mobilisation. The exact number of mobilised reservists in Ukraine is classified but official pronouncements suggest it is at least 400,000.

Here are the main elements of Russia’s mobilisation plan, some of which is set out on the Kremlin website in a decree signed by Putin, and other parts of which have been fleshed out by Putin himself or his defence minister.

* The immediate call-up of 300,000 military reservists who have previously served in the Russian army and have combat experience or specialised military skills. Students or conscripts - young men serving mandatory 12-month terms in the armed forces - will not be included.

* The military is looking for reservists who have done specific and specialised jobs in the army in the past, such as tank drivers, sappers and snipers. However, the exact list of specialities it requires is classified as that would reveal where Russia has personnel gaps.

* Critics have said the wording of the mobilisation decree and details of who will and will not be included looks to have been left deliberately vague to give the authorities a wide degree of latitude when implementing it. There is no mention of the 300,000 figure in the decree as published, which came from an interview that Sergei Shoigu, the defence minister, gave to state TV.

The Kremlin said that part of the decree, which it said made reference to up to 300,000 people being mobilised in phases, had deliberately not been published. It was not clear whether other details had been deliberately withheld too.

* The reservists’ main task, according to Shoigu, will be to reinforce the front line in Ukraine, which is currently over 1,000 km (621 miles) long. "Naturally what is behind this line needs to be reinforced, the territory needs to be controlled," Shoigu told state television.

* The reservists cannot physically be deployed to Ukraine immediately as they will need to first undergo refresher or new training and be made familiar with the way Russia prosecutes what it calls its "special military operation". Western military analysts forecast it will therefore be several months before they see action.

* Professional soldiers known as ‘kontraktniki’ who are currently serving in the armed forces will have their contracts automatically extended until the authorities decide to end the period of temporary mobilisation. In other words, it just became much harder for serving professional soldiers to quit.

* Only age grounds, valid health complaints verified by a medical-military commission, or those who have been sentenced to jail time by a court can be discharged from the army or reserve force. People working in the defence industry can defer service.

* A day earlier, the Russian parliament approved a bill to toughen punishments for crimes such as desertion, damage to military property and insubordination if they are committed during military mobilisation or combat situations. According to a copy of the legislation, seen by Reuters, voluntary surrender would become a crime for Russian military personnel punishable by 10 years in prison.

* Reservists will be financially incentivised and be paid like full-time serving professional soldiers who make much more money than the average Russian wage. That may make the proposition more attractive for some men in the provinces where wages are traditionally lower than in big cities.

* Western military analysts have queried whether Russia has enough military equipment and hardware after its losses in Ukraine, as well as enough experienced military trainers, to properly prepare and deploy the reservists. Moscow says it does.

* Western military analysts are divided on whether partial mobilisation is too little too late to alter the course of the war in Moscow’s favour. Most say they think it is too late, but a few say it could help Russia in some ways, though not immediately and not conclusively.

* The mobilisation announcement appears to have caused panic among some potential reservists. One-way flights out of Russia were selling out fast on Wednesday, according to ticket sales data, and there were unverified media reports of some men being turned back by Russian border guards.

* Jailed opposition politician Alexei Navalny predicted on Wednesday that many men would try to dodge the draft.

* Activists from the Vesna (Spring) anti-war coalition called for Russians to protest against the mobilisation announcement as early as Wednesday evening in city and town centres. Any such protests are likely to be broken up by the authorities. Under Russian law only demonstrations sanctioned in advance by the authorities are deemed legal.

* "This (mobilisation) means that thousands of Russian men - our fathers, brothers and husbands - will be thrown into the meat grinder of war," Vesna said in a statement. "Now the war will really come to every home and every family."