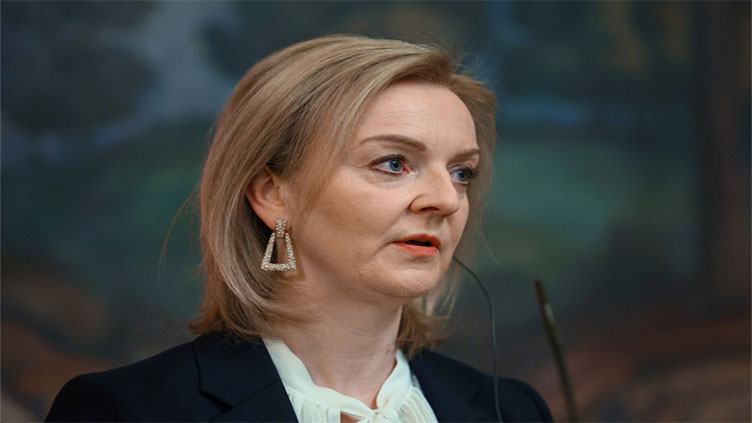 In New York this week, Boris Johnson s successor is due to meet US President Joe Biden and French President Emmanuel Macron -- two leaders who are antagonistic towards Truss s hard line on Brexit and Northern Ireland.

Truss was appointed on September 6, in one of Queen Elizabeth II s final ceremonial acts as head of state. She died two days later, triggering 10 days of national mourning during which UK political life was suspended.

The respite will prove short-lived as Truss thrusts into hard-nosed diplomacy, and as her nascent government tackles a cost-of-living crisis brought on by Russia s war in Ukraine that is hurting millions at home.

She is due back in London on Thursday, a day before Finance Minister Kwasi Kwarteng delivers an emergency budget statement after the government vowed a costly scheme to cap rocketing energy bills.

At the UN, Truss will seek to "spur further international action to end energy dependence on Russia, making sure the world is never in this position again", her spokesman told reporters.

She will also build on Johnson s outspoken support for Ukraine, because "the whole world suffers when a regime like (Russian President Vladimir) Putin s is allowed to bully and blackmail its neighbours", the spokesman said.

In her keynote speech to the UN on Wednesday, Truss is expected to say that the UK will remain "an active defender of our democratic values" against authoritarian foes.

Truss was meant to meet Biden in London on Sunday, for a courtesy meeting on the margins of the queen s state funeral. That was deferred to enable full bilateral talks in New York.

While the president paid fulsome tribute to Elizabeth II, his administration is fretting as her namesake prime minister threatens to rip up post-Brexit trading rules for Northern Ireland.

Truss also ruffled cross-Channel feathers when, campaigning for the Conservative party leadership last month, she said "the jury s out" on whether Macron was a "friend or foe" to Britain.

The French president, in contrast, came to London for the state funeral to underline the "unbreakable" bond between France and Britain, aides said.

As well as Macron, Truss is due to meet EU commission chief Ursula von der Leyen in New York, as Brussels pursues legal action against London over its Brexit plans.

The prime minister s schedule includes meetings with the leaders of Japan, Israel, Spain and Turkey as part of her diplomatic bow, having already been in contact with several Commonwealth counterparts ahead of the funeral.