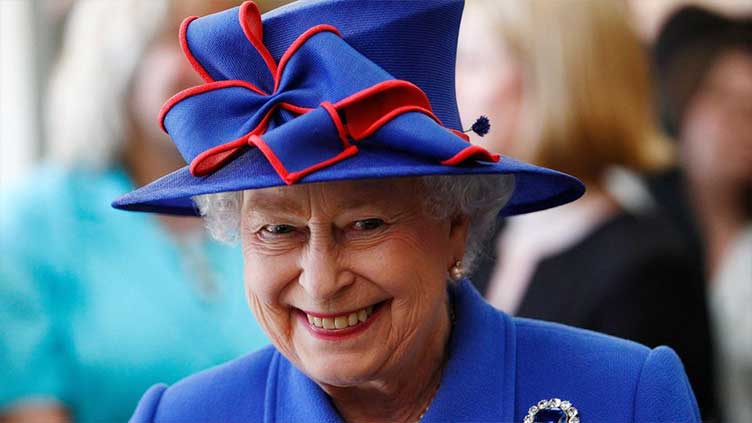 LONDON, (Reuters) - Britain’s Queen Elizabeth, who died on Sept. 8 aged 96 and whose funeral was taking place on Monday, never gave an interview during her 70-year reign, but her regular public speeches sometimes gave an insight into her private thoughts.

Here is a selection of extracts from speeches, addresses and contributions to documentaries given by the queen:

"It’s inevitable that I should seem a rather remote figure to many of you, a successor to the kings and queens of history.

"I cannot lead you into battle. I do not give you laws or administer justice. But I can do something else. I can give you my heart and my devotion to these old islands and to all the peoples of our brotherhood of nations."

"When peace comes, remember it will be for us, the children of today, to make the world of tomorrow a better and happier place. My sister is by my side and we are both going to say goodnight to you. Come on, Margaret. Goodnight, children. Goodnight, and good luck to you all."

"We cheered the king and the queen on the balcony and then walked miles through the streets. I remember lines of unknown people linking arms and walking down Whitehall, all of us just swept along on a tide of happiness and relief.

"I think it was one of the most memorable nights of my life."

- Speaking to the BBC in 1985 about joining street celebrations for VE Day in London in May 1945.

"I declare before you all that my whole life, whether it be long or short, shall be devoted to your service and the service of our great imperial family to which we all belong."

"The ceremonies you have seen today are ancient, and some of their origins are veiled in the mists of the past. But their spirit and their meaning shine through the ages never, perhaps, more brightly than now.

"I have in sincerity pledged myself to your service, as so many of you are pledged to mine. Throughout all my life and with all my heart I shall strive to be worthy of your trust."

"Like all the best families, we have our share of eccentricities, of impetuous and wayward youngsters and of disagreements."

- Speech to heads of state aboard the royal yacht Britannia, October 1989.

"1992 is not a year on which I shall look back with undiluted pleasure. In the words of one of my more sympathetic correspondents, it has turned out to be an ‘annus horribilis’."

- Speech in the City of London, November 1992 after a fire at Windsor Castle and the failure of three of her children’s marriages.

"What I say to you now, as your queen and as a grandmother, I say from my heart ... No one who knew Diana will ever forget her. Millions of others who never met her, but felt they knew her, will remember her.

"I for one believe there are lessons to be drawn from her life and from the extraordinary and moving reaction to her death. I share in your determination to cherish her memory."

- Televised address following the death of Princess Diana in a car crash in Paris, September 1997.

"He is someone who doesn’t take easily to compliments but he has, quite simply, been my strength and stay all these years, and I, and his whole family, and this and many other countries, owe him a debt greater than he would ever claim, or we shall ever know."

- Tribute to her husband Prince Philip in speech to mark their Golden wedding anniversary in London, Nov. 20, 1997.

"For I know that, despite the huge constitutional difference between a hereditary monarchy and an elected government, in reality the gulf is not so wide ... And each, in its different way, exists only with the support and consent of the people.

"That consent, or the lack of it, is expressed for you, prime minister, through the ballot box. It is a tough, even brutal, system but at least the message is a clear one for all to read. For us, a royal family, however, the message is often harder to read, obscured as it can be by deference, rhetoric or the conflicting currents of public opinion.

"Reflecting on these events makes me grateful for the blessings of home and family, and in particular for 70 years of marriage. I don’t know that anyone had invented the term ‘platinum’ for a 70th wedding anniversary when I was born. You weren’t expected to be around that long.

"Even Prince Philip has decided it’s time to slow down a little – having, as he economically put it, ‘done his bit’."

"While we have faced challenges before, this one is different. This time we join with all nations across the globe in a common endeavour, using the great advances of science and our instinctive compassion to heal. We will succeed - and that success will belong to every one of us.

"Although it’s a time of great happiness and good cheer for many, Christmas can be hard for those who have lost loved ones. This year, especially, I understand why.

But for me, in the months since the death of my beloved Philip, I have drawn great comfort from the warmth and affection of the many tributes to his life and work – from around the country, the Commonwealth and the world.

"His sense of service, intellectual curiosity and capacity to squeeze fun out of any situation – were all irrepressible. That mischievous, enquiring twinkle was as bright at the end as when I first set eyes on him."

"As we mark this anniversary, it gives me pleasure to renew to you the pledge I gave in 1947 that my life will always be devoted to your service."

"And so as I look forward to continuing to serve you with all my heart, I hope this Jubilee will bring together families and friends, neighbours and communities – after some difficult times for so many of us – in order to enjoy the celebrations and to reflect on the positive developments in our day-to-day lives that have so happily coincided with my reign."