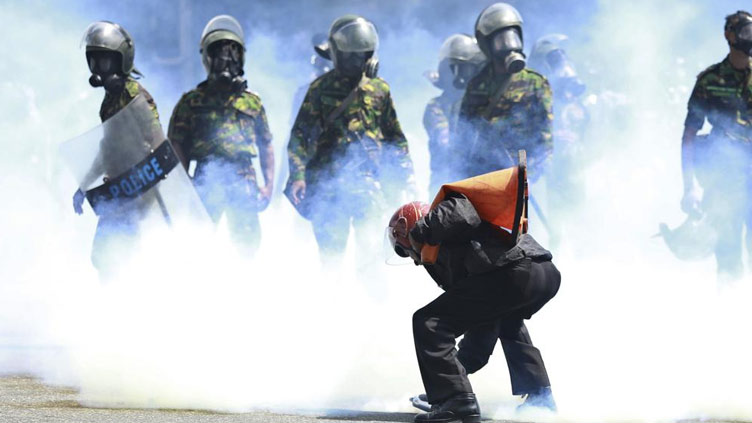 The team will hold talks with the central bank governor and other officials.

COLOMBO (Reuters) - A team from the International Monetary Fund (IMF) will meet Sri Lanka’s president on Wednesday for talks to finalise a bailout package, including restructuring debt of about $29 billion, amid the nation’s worst financial crisis in more than seven decades.

The second such IMF visit in three months comes as the Indian Ocean island scrambles to lock down a staff-level pact with the global lender for a possible $3 billion programme to pave its way out of the crisis.

"The IMF team will meet with the president and a finance ministry delegation later today," an official at the presidential secretariat told Reuters, declining to be identified as he was not authorised to speak to the media.

The team will also hold talks with the central bank governor and other officials, including representatives of Sri Lanka’s financial and legal advisers Lazard’s and Clifford Chance.

The main sticking point of the talks is how to find a sustainable track for Sri Lanka’s unwieldy debt, which stood at 114% of GDP at the end of last year, so as to clinch a staff-level agreement in September.

Japan and China are the largest holders of bilateral debt, with the latter accounting for about $3.5 billion. Overall, when commercial debt is added, China holds about a fifth of Sri Lanka’s debt portfolio.

"The issue will be how Chinese and domestic debt will be included in the talks," said Timothy Ash, senior emerging markets sovereign strategist at BlueBay Asset Management.

"Other bilateral creditors won’t be willing to allow China to get away with not having comparable treatment this time. China is part of the problem, and needs to be part of the solution this time."

For months the population of 22 million has struggled with soaring inflation, economic contraction and a severe shortage of essential items of food, fuel and medicine caused by a record slump in foreign reserves.

The country’s most severe financial crisis since independence from Britain in 1948 stemmed from the combined impact of the COVID-19 pandemic and economic mismanagement, stoking unprecedented protests.

In July, the then-president Gotabaya Rajapaksa fled the country and resigned after a mass uprising triggered by what many Sri Lankans saw as his mishandling of the financial crisis.

The government is "negotiating on many fronts, and it has to make progress at least with the big creditors" for debt talks to move forward, said Sergi Lanau, deputy chief economist at the Institute of International Finance (IIF).