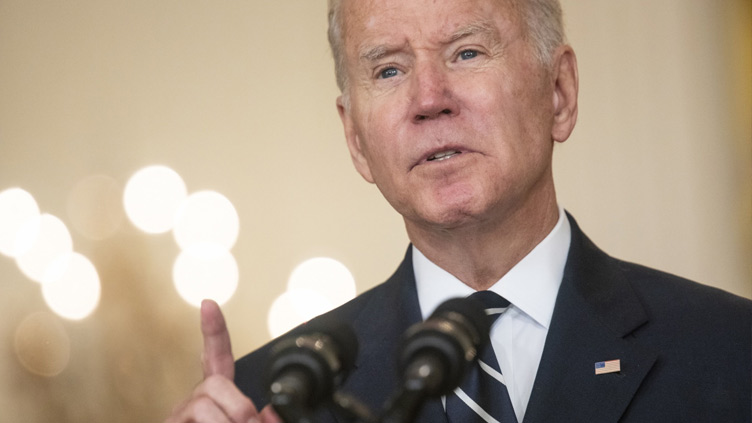 He plans to announce Saturday that the US is committing $1 billion in food aid to the Middle East.

JEDDAH (AFP) - US President Joe Biden is set to discuss volatile oil prices during a summit with Arab leaders on Saturday in Saudi Arabia, the final stop of his Middle East tour.

On his first trip to the region as president, Biden is also looking to outline his vision for Washington’s role in the region in order to not cede influence to Russia and China.

He plans to announce Saturday that the US is committing $1 billion in food aid to the Middle East and North Africa amid rising food insecurity induced by the war in Ukraine, a senior official told reporters.

Saturday’s meeting in Jeddah will bring together leaders of the six-member Gulf Cooperation Council as well as Egypt, Jordan and Iraq.

Biden landed Friday in Saudi Arabia, a longtime US ally he once vowed to make a "pariah" over its human rights record, and met with King Salman and de facto ruler Crown Prince Mohammed bin Salman.

Tensions had been high between Biden and Prince Mohammed, especially after Biden’s administration released US intelligence findings that Prince Mohammed "approved" an operation targeting journalist Jamal Khashoggi, whose killing and dismemberment in Saudi Arabia’s Istanbul consulate in 2018 spurred global outrage.

After a fist-bump greeting with Prince Mohammed, Biden said he raised Khashoggi’s case "at the top" of their discussions, adding that he "made it clear if anything occurs like that again they will get that response and much more", without clarifying.

The Al-Arabiya channel quoted a Saudi official saying the pair "addressed the issue of Jamal Khashoggi quickly" and that Prince Mohammed "confirmed that what happened is regrettable and we have taken all legal measures to prevent" a recurrence.

Prince Mohammed also pointed out that "such an incident occurs anywhere in the world", highlighting "a number of mistakes" made by Washington such as torturing detainees at Abu Ghraib prison in Iraq.

Biden faces pressure to raise human rights issues again Saturday, after dozens of British and US lawmakers urged him to discuss Egypt’s "extensive architecture of repression" in talks with his Egyptian counterpart Abdel Fattah al-Sisi.

Biden appears keen to re-engage with US ally Saudi Arabia, the world’s largest oil exporter and an avid buyer of weapons.

But Biden on Friday tried to tamp down expectations that his trip would yield immediate gains.

"I’m doing all I can to increase the supply for the United States of America," he said, adding concrete results would not be seen "for another couple weeks".

Riyadh and Washington on Friday signed 18 agreements on areas including energy, space, health and investment, including developing 5G and 6G technology, said a Saudi statement.

Another statement said the two sides noted "the importance of their strategic economic and investment cooperation, especially in light of the current crisis in Ukraine and its repercussions, reiterating their commitment to the stability of global energy markets."

Saudi Arabia agreed to link the electricity networks of the Gulf Cooperation Council to Iraq, which relies heavily on energy from Iran, "in order to provide Iraq and its people with new and diversified electricity sources," the White House said.

"Russia is effectively making a bet on Iran. We are making a bet on a more integrated, more stable, more peaceful and prosperous Middle East region," the official said, in an apparent dig at Russian President Vladimir Putin’s plan to visit Iran next week.

Beyond oil Biden said his focus on the trip was "positioning America in this region for the future".

"We are not going to leave a vacuum in the Middle East for Russia or China to fill, and we’re getting results," he said.

White House officials have used the trip as a bid to promote integration between Israel and Arab nations.

The issue of the strategic Red Sea islands of Tiran and neighbouring Sanafir is also expected to be on Saturday’s agenda.

Egypt ceded the islands in 2016 to Saudi Arabia, but the deal requires Israel’s green light -- a move that could spur contacts between the Jewish state and Riyadh.

Biden said Friday that a decades-old multinational peacekeeping force, including US troops, would leave Tiran, with the White House adding they would depart by the end of the year.

Saudi Arabia has refused to join the US-brokered Abraham Accords which in 2020 created ties between Israel and two of the kingdom’s neighbours, the United Arab Emirates and Bahrain.

But it is showing signs of greater openness towards Israel, and on Friday announced it was lifting overflight restrictions on aircraft travelling to and from Israel, a move Biden hailed as "historic".