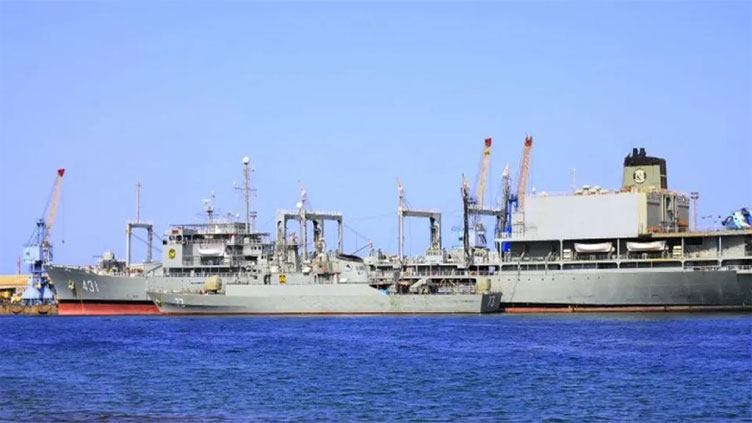 ISTANBUL (AFP) - Ukraine on Friday asked Turkey to detain a Russian-flagged cargo ship that Kyiv alleged had set off from a Kremlin-occupied port.

Marine traffic websites showed the Zhibek Zholy anchored about a kilometre (half a mile) off Turkey s Black Sea port of Karasu.

They also showed the ship only switching on its transponders about 12 hours before approaching Turkey.

"Based on instruction from the Ukrainian general prosecutor, we asked the Turkish side to take corresponding measures," Ambassador Vasyl Bodnar said on Twitter.

"I am convinced that (Turkish) measures will prevent attempts to violate Ukraine s sovereignty."

The Marinetraffic.com website said the 140-metre (460-foot) general cargo vessel was sailing under the Russian flag.

Bodnar last month accused Turkey of purchasing grain seized by Russia from Ukraine during its invasion.

But he added that Turkey had been unable to find any stolen Ukrainian grain shipments to date.

The head of the Russia-installed administration in the occupied region of southeastern Ukraine on Thursday announced the opening of a new route across the Black Sea from Berdyansk.

"After numerous months of delay, the first merchant ship has left the Berdyansk commercial port, 7,000 tonnes of grain are heading toward friendly countries," Evgeny Balitsky said on Telegram.

Marinetraffic.com said the Zhibek Zholy was capable of carrying slightly more than 7,000 tonnes of cargo.

Berdyansk and its surrounding areas along the Sea of Azov -- which links Russia with the Black Sea -- have been largely under the Kremlin s control since the first weeks of Moscow s February invasion.

Moscow-installed officials claim that they have "nationalised" state infrastructure and buy their crops from local farmers.

Ukraine says Russia is seizing grain and other goods from locals and exporting them to fund its war effort.