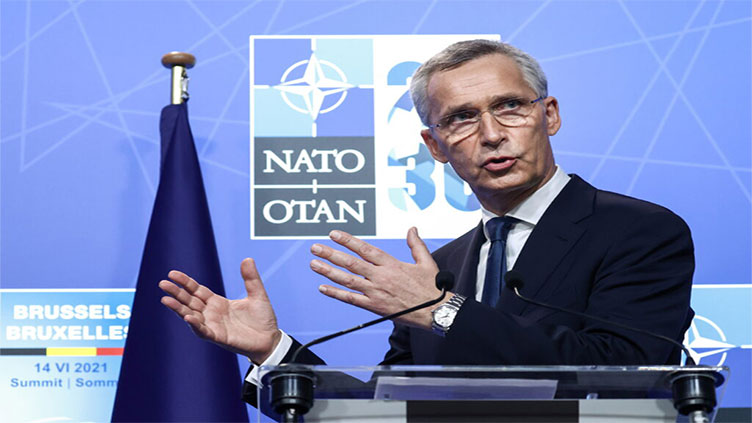 MADRID (AFP) - NATO chief Jens Stoltenberg pledged more support Thursday for countries in Africa and the Middle East as the alliance looks to compete with Russia s and China s growing influence in the regions.

Leaders meeting at a summit in Madrid discussed "how Russia and China continue to seek political, economic and military gain across our southern neighbourhood", he said.

"Both Moscow and Beijing are using economic leverage, coercion and hybrid approaches to advance their interest in the region," Stoltenberg added.

"So today, we discussed how to address this growing challenge, including with even more support for those partners in the region."

Stoltenberg said the alliance had agreed a "defence capacity building package" for Mauritania to help with border security, illegal migration and terrorism, and additional support for Tunisia and Jordan.

NATO unveiled a new strategic blueprint in Madrid that labelled Moscow the biggest threat to the alliance after the invasion of Ukraine and addressed challenges from China for the first time.

Alliance members in southern Europe -- including summit host Spain -- have pushed for NATO to pay more attention to threats coming from Africa.

"We have ensured that the southern flank (of NATO) was not forgotten" in the alliance s roadmap, Spanish Prime Minister Pedro Sanchez told public television TVE.

The issue is particularly acute for Spain, a main gateway into Europe for illegal migration from Africa.

Madrid is concerned that lawlessness and violent Islamist movements in the Sahel region, a vast territory stretching across the south of the Sahara Desert, could increase African migration to Europe.

Western nations have also expressed growing worries over the role of Kremlin-linked Russian mercenaries in hotspots on the continent such as Mali.