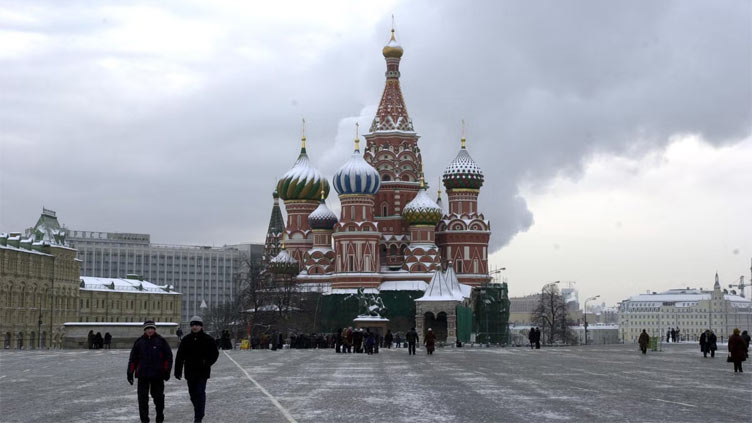 (Reuters) - Russia defaulted on its international bonds for the first time in more than a century, the White House said, as sweeping sanctions have effectively cut the country off from the global financial system, rendering its assets untouchable.

The Kremlin, which has the money to make payments thanks to oil and gas revenues, swiftly rejected the claims, and has accused the West of driving it into an artificial default. read more

Earlier, some bondholders said they had not received overdue interest on Monday following the expiry of a key payment deadline on Sunday.

Russia has struggled to keep up payments on $40 billion of outstanding bonds since its invasion of Ukraine on Feb. 24.

"This morning s news around the finding of Russia s default, for the first time in more than a century, situates just how strong the actions are that the U.S., along with allies and partners have taken, as well as how dramatic the impact has been on Russia s economy," the U.S. official said on the sidelines of a G7 summit in Germany.

Russia s efforts to avoid what would be its first major default on international bonds since the Bolshevik revolution more than a century ago hit a roadblock in late May when the U.S. Treasury Department s Office of Foreign Assets Control (OFAC) effectively blocked Moscow from making payments.

"Since March we thought that a Russian default is probably inevitable, and the question was just when," Dennis Hranitzky, head of sovereign litigation at law firm Quinn Emanuel, told Reuters ahead of the Sunday deadline.

"OFAC has intervened to answer that question for us, and the default is now upon us."

A formal default would be largely symbolic given Russia cannot borrow internationally at the moment and doesn t need to thanks to plentiful oil and gas export revenues. But the stigma would probably raise its borrowing costs in future.

The payments in question are $100 million in interest on two bonds, one denominated in U.S. dollars and another in euros , that Russia was due to pay on May 27. The payments had a grace period of 30 days, which expired on Sunday.

Russia s finance ministry said it made the payments to its onshore National Settlement Depository (NSD) in euros and dollars, adding it had fulfilled obligations.

In a call with reporters, Kremlin spokesperson Dmitry Peskov said the fact that payments had been blocked by Euroclear because of Western sanctions on Russia was "not our problem".

Clearing house Euroclear did not respond to a request for comment.

Some Taiwanese holders of the bonds had not received payments on Monday, sources told Reuters.

With no exact deadline specified in the prospectus, lawyers say Russia might have until the end of the following business day to pay these bondholders.

Credit ratings agencies usually formally downgrade a country s credit rating to reflect default, but this does not apply in case of Russia as most agencies no longer rate the country.

Russia s bonds have been issued with an unusual variety of terms, and an increasing level of ambiguities for those sold more recently, when Moscow was already facing sanctions over its annexation of Crimea in 2014 and a poisoning incident in Britain in 2018.

Rodrigo Olivares-Caminal, chair in banking and finance law at Queen Mary University in London, said clarity was needed on what constituted a discharge for Russia on its obligation, or the difference between receiving and recovering payments.

"All these issues are subject to interpretation by a court of law," Olivares-Caminal told Reuters.

In some ways, Russia has been in default already.

This was triggered by Russia failing to make a $1.9 million payment in accrued interest on a payment that had been due in early April. read more

Until the Ukraine invasion, a sovereign default had seemed unthinkable, with Russia having an investment grade rating shortly before that point. A default would also be unusual as Moscow has the funds to service its debt.

The U.S. Treasury s OFAC had issued a temporary waiver, known as a general licence 9A, in early March to allow Moscow to keep paying investors. The U.S. let the waiver expire on May 25 as Washington tightened sanctions on Russia, effectively cutting off payments to U.S. investors and entities.

The lapsed OFAC licence is not Russia s only obstacle. In early June, the European Union imposed sanctions on the NSD, Russia s appointed agent for its Eurobonds. read more

Moscow has tried in the past few days to find ways of dealing with upcoming payments and avoid a default.

President Vladimir Putin signed a decree last Wednesday to launch temporary procedures and give the government 10 days to choose banks to handle payments under a new scheme, suggesting Russia will consider its debt obligations fulfilled when it pays bondholders in roubles and onshore in Russia.

"Russia saying it s complying with obligations under the terms of the bond is not the whole story," Zia Ullah, partner and head of corporate crime and investigations at law firm Eversheds Sutherland told Reuters.

"If you as an investor are not satisfied, for instance, if you know the money is stuck in an escrow account, which effectively would be the practical impact of what Russia is saying, the answer would be, until you discharge the obligation, you have not satisfied the conditions of the bond."