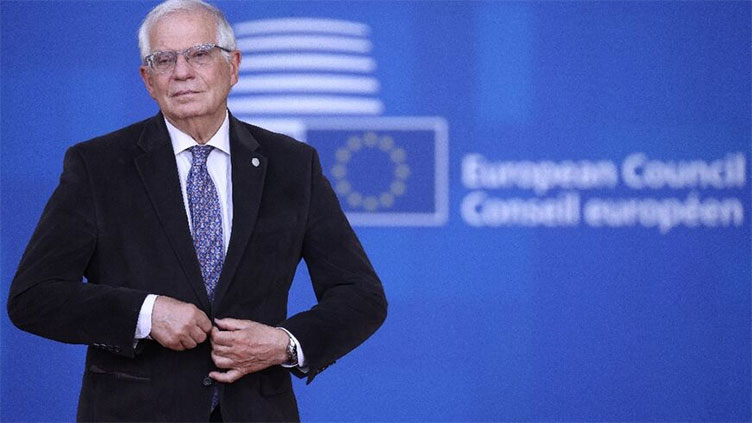 TEHRAN (AFP) - European Union foreign policy chief Josep Borrell was headed to Tehran on Friday for a surprise visit that could breathe new life into stalled talks on reviving the 2015 Iran nuclear deal.

Borrell was due to arrive in the Iranian capital at night to meet Foreign Minister Hossein Amir-Abdollahian and other officials, Iran s foreign ministry spokesman Saeed Khatibzadeh said.

"Diplomacy is the only way to go back to full implementation of the deal and to reverse current tensions," Borrell tweeted as the EU confirmed his two-day trip in a statement.

News of his previously unannounced visit comes after Amir-Abdollahian said last week that Iran still believed the negotiations could succeed.

The landmark deal has been hanging by a thread since 2018, when then US president Donald Trump unilaterally withdrew from the accord and began imposing crippling economic sanctions on America s arch enemy.

The administration of incumbent US President Joe Biden has sought to return to the agreement, saying it would be the best path with the Islamic republic.

The talks in Vienna, which began in April last year, aim to return the United States to the deal, including through the lifting of its sanctions on Iran, while ensuring Tehran s full compliance with its nuclear commitments.

"We are ready to conclude this agreement, and urge Iran to seize this diplomatic opportunity to conclude now, while this is still possible," a French foreign ministry spokeswoman said in a statement.

The negotiations stalled in March amid differences between Tehran and Washington, notably over a demand by Iran to remove its Islamic Revolutionary Guard Corps from a US terror list.

Amir-Abdollahian on Thursday stressed Iran was "serious" about reaching an agreement.

"I hope we can reach the final point of the agreement in the near future with realism from the American side," he said, adding that "the nuclear negotiations train has reached difficult stops as they near the end."

On Thursday, Enrique Mora, the European Union s coordinator for the talks, tweeted a picture of himself dining together with Borrell and US negotiator Robert Malley at a restaurant in Brussels.

"In depth conversation about #JCPOA and regional perspectives in the wider Middle East. Malley reiterated firm US commitment to come back to the deal," he wrote, referring to the accord by its formal name, the Joint Comprehensive Plan of Action.

The agreement reached between Iran and six major powers -- Britain, China, France, Germany, Russia and the US -- gave the Islamic republic relief from sanctions in return for guarantees it could not develop an atomic weapon.

In April, Secretary of State Antony Blinken said the United States still believed a return to the accord was "the best way to address the nuclear challenge posed by Iran".

Blinken warned at the time that the "breakout time" for Iran to develop a nuclear bomb if it so chooses was "down to a matter of weeks" after the deal pushed it beyond a year.

The International Atomic Energy Agency s board of governors adopted a resolution this month censuring Iran for failing to adequately explain the previous discovery of traces of enriched uranium at three sites which Tehran had not declared as having hosted nuclear activities.

On the same day, June 8, Tehran said it had disconnected a number of IAEA cameras that had been monitoring its nuclear sites.

IAEA chief Rafael Grossi later confirmed that 27 cameras had been disconnected, leaving about 40 still in place.

The move by Iran, he warned, could deal a "fatal blow" to the negotiations unless the UN nuclear watchdog s inspectors were given access within three to four weeks.

The visit by Borrell, his first to Tehran since February 2020, could be a determining factor in the fate of the deal.

During the talks in Vienna aimed at reviving the accord, Iran has repeatedly called for guarantees from the Biden administration that there will be no repeat of Trump s pullout.