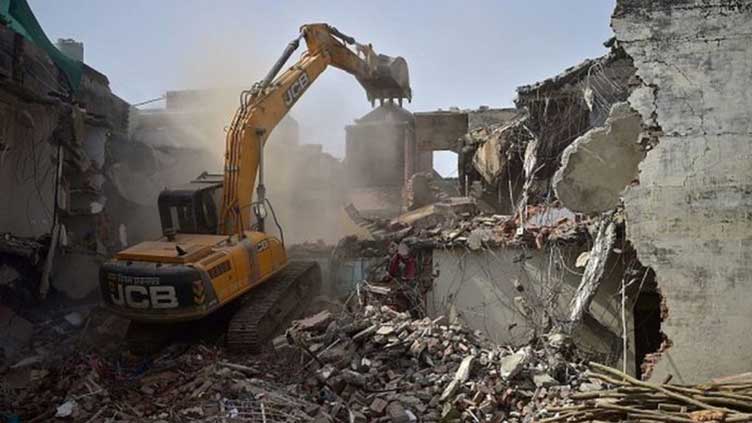 ISLAMABAD, (APP) - Though the Indian ruling party suspended two of its leaders over derogatory remarks to show its contrite face to the world, yet the Narendra Modi regime contrarily continues to demolish Muslim activists’ houses to pursue its ideology of Hindu supremacy.

Following the blasphemous remarks in a television debate by the BJP leader Nupur Sharma, the Muslims has taken to the streets across India. The protesters demanding stricter action against Sharma had to face police cases, arrests, and violence.

The most disturbing visuals of the police repression of Muslim protestors came from the state of Uttar Pradesh where the bulldozers were used to demolish the homes of the activists accused of organising the protests. 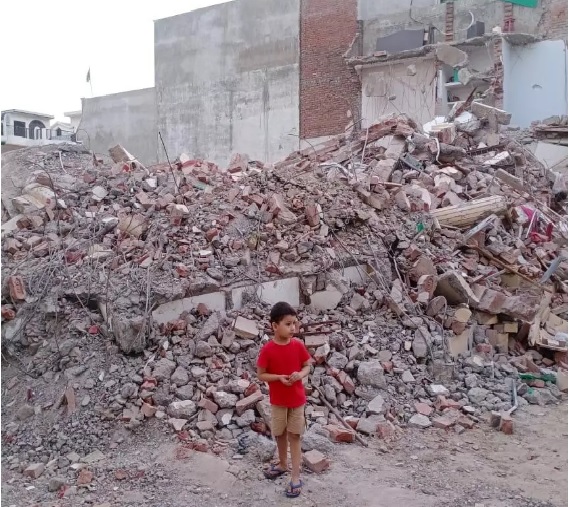 Owing to the massive use of the bulldozers to demolish Muslim properties in Uttar Paradesh, the state Chief Minister Yogi Adityanath has been nicknamed ‘Bulldozer Baba’.

Among those whose houses were demolished, also included Afreen Fatima, a Muslim activist who had risen to prominence during the protests against the Citizenship Amendment Act (CAA).

Fatima told media that her family didn’t get a chance to even save their belongings. She spotted drawings – cards made by her for family members – lying on the crushed slabs and chunks of concrete. 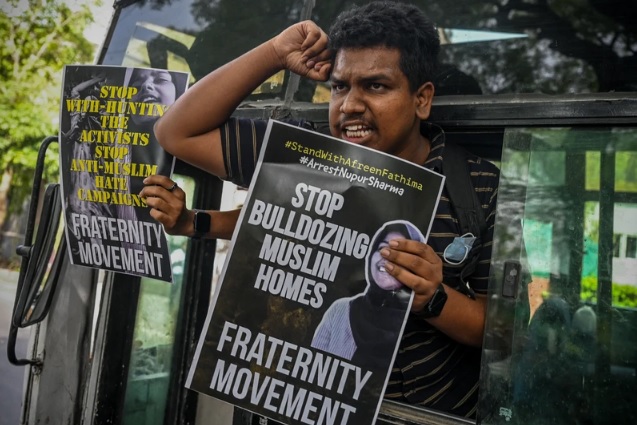 “Home is now a memory,” she says forlornly. “There is nothing left.”

This was not the first time bulldozers had been used to raze the homes of Muslims in UP. Yogi Adityanath made bulldozers a central motif in his re-election campaign earlier this year.

“The message given to Muslims is that the Constitution or judiciary won’t come to their rescue no matter what action the state takes against them. It is another milestone in the dissolution of the de facto ‘semi-citizenship’ of Indian Muslims,” said Asim Ali, a political researcher at the Centre for Policy Research wrote in an article published by TRT.

The protestors were slapped with terror charges merely for articulating their grievances against the government in a peaceful manner.

Numerous cases were lodged against prominent Indian fact-checker, Muhammad Zubair of Alt News, who often documents anti-Muslim hate speech. He was the first journalist to share the infamous news clip in which one of the BJP spokespersons made derogatory remarks about the Holy Prophet (PBUH).

“The BJP has responded to Muslims with bulldozers — and the unambiguous message bulldozer asserts is that the ruling BJP considers Muslims not as citizens to be negotiated with, but rather as a group to be controlled and managed, using brute force when and wherever they deem it necessary,” Asim maintained.

“This is a demolition of India’s constitutional values. This is state-sponsored targeting of poor & minorities. BJP must bulldoze the hatred in their hearts instead,” Indian Congress leader Rahul Gandhi said.

Umam, who also had his house razed by the Indian authorities told France 24, “It was all shattered within two hours. It was the only home we had. I watched it all live, the media was showing it live, they were helping the administration make the allegations. We are homeless now. Everything my Dad worked for was shattered in two hours. It was so painful, I don’t have words to explain.”

Ashok Swain, a professor of peace and conflict research in a Sweden university, who is also a prominent critic of the Narendra Modi regime’s fascist approach also commented on the demolition of the Muslims’ houses in India. 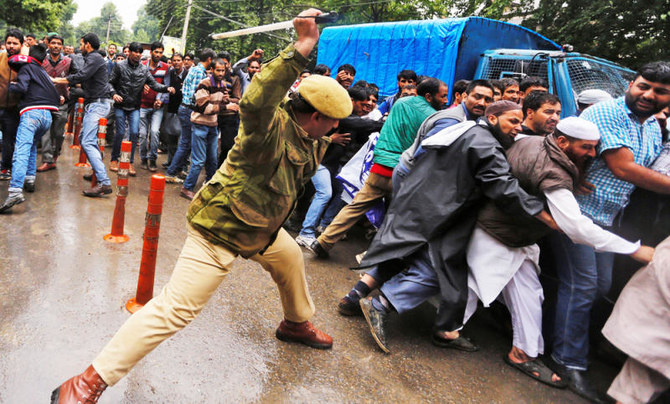 “Bulldozer has become a signifier of targeted violence against Muslims in India, with demolitions being deployed not as punishment of an individual for violation of law, but as a form of collective punishment that seeks to demoralise and deter anyone who questions the government or their majoritarian politics,” Fawaz Shaheen, a legal activist told Al Jazeera.

“The arrest and the demolition of people houses that exercised their fundamental human rights in India in an Israeli style is a clear violation of human rights and stands condemn,” said a Twitterati Adam Shuwa.