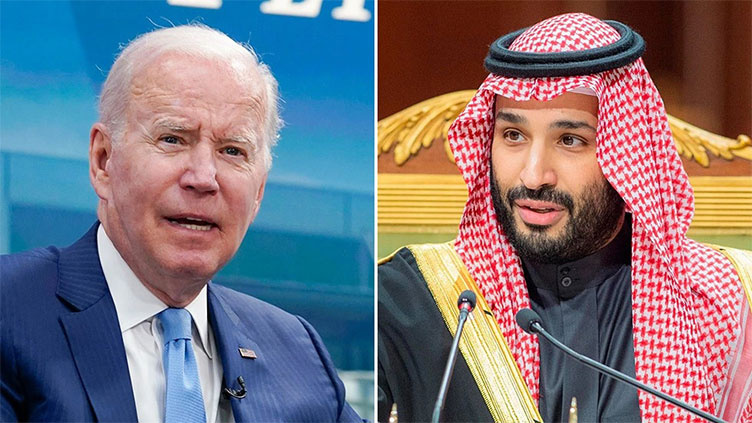 WASHINGTON (AFP) - President Joe Biden distanced himself Friday from an upcoming encounter with controversial Saudi leader Mohammed bin Salman, saying the reason for his trip to the oil-rich nation was not to meet the crown prince.

US intelligence blames MBS for the horrific 2018 murder of Saudi-born critic Jamal Khashoggi, a US resident who wrote for The Washington Post.

Biden, who once said the Khashoggi killing had made Saudi Arabia a "pariah," is expected to press for increased Saudi oil production during his trip, in hope of taming spiraling fuel costs and inflation back in the United States.

White House Press Secretary Karine Jean-Pierre has also framed the trip as one where the MBS meeting is a sideshow, not the focus.

"The president is going to see over a dozen leaders on this trip," she said. "We can expect the president to see the crown prince as well."

However Saudi Arabia issued a more direct statement, noting simply that Biden would meet with King Salman and then the young heir to the throne.