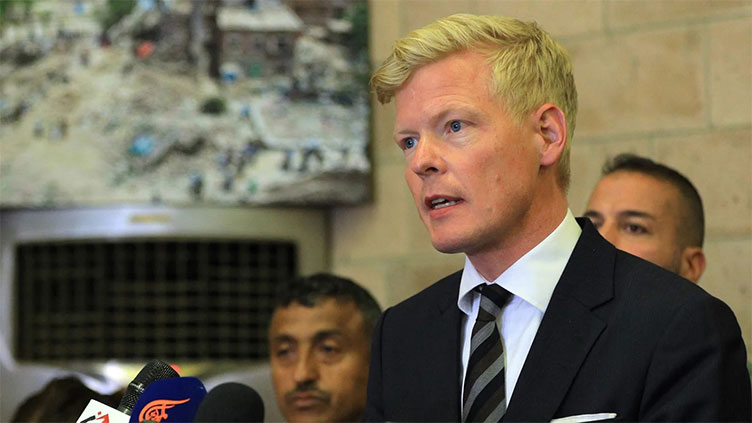 STOCKHOLM (AFP) - A renewed two-month truce in war-torn Yemen that has given the population a sense of normalisation is the first step toward a broader peace settlement, the United Nations special envoy said Friday.

The truce "has delivered some humanitarian respite to the population that is unprecedented in terms of the history of the conflict, and from that point of view, it also provides us with scope and breathing space for engaging on a political settlement", Swedish diplomat Hans Grundberg told AFP in an interview.

"The truce is the first step towards a broader settlement," he said on the sidelines of the Yemen International Forum in Stockholm, a conference attended by Yemeni political actors, experts and representatives of a host of civil society organisations.

The Yemeni government and Huthi rebels agreed earlier this month to extend the truce which went into effect in April and significantly reduced the intensity of fighting in a conflict the UN says has triggered the world s worst humanitarian crisis.

The conflict has killed hundreds of thousands and left millions on the brink of famine.

The country has been gripped by conflict since the Iran-backed Huthi rebels took control of the capital Sanaa in 2014, triggering a Saudi-led military intervention in support of the beleaguered government the following year.

Under the truce, commercial flights have resumed from Sanaa airport to Amman and Cairo and oil tankers have been able to dock in the lifeline port of Hodeida, which is in rebel hands, in an attempt to ease fuel shortages.

"The truce provides us with steps that normalise life in certain small areas for the Yemeni population, and that I think is both important, but also symbolic," Grundberg said.

"The obvious wish that I have is that this normalisation, not only on the airport but on all other issues that we re engaging on, continues".

A provision in the truce agreement for the rebels to ease their siege of Yemen s third-biggest city Taez has yet to be implemented, and the government has demanded roads to the city be opened.

"We have been engaging in direct negotiations for the last two weeks in Yemen on this issue," Grundberg said.

He said there had been "steps forward" but provided no time frame for a possible resolution to the issue.

"Right now we have a proposal on the table that I do hope can deliver."