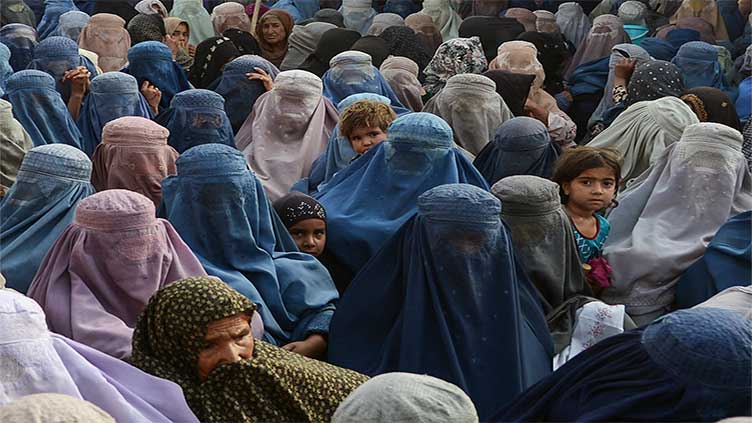 Since the Taliban returned to power last August,Afghanis have been "experiencing some of the darkest moments of a generation", Michelle Bachelet told the UN Human Rights Council in Geneva.

She decried especially the "scourge of gender inequality" since the Taliban takeover, despite promises they would pursue a softer version of the harsh Islamist rule that characterised their first stint in power from 1996 to 2001.

But many restrictions have already been imposed.

Tens of thousands of girls have been shut out of secondary schools, while women have been barred from returning to many government jobs.

Women have also been banned from travelling alone and can only visit public gardens and parks in Kabul on days separate from men.

They were ordered to conceal themselves completely, including their faces, should they need to go out in public.

"Their situation is critical," she said.

"Let me be clear: what we are witnessing today in Afghanistan is the institutionalised systematic oppression of women."

The UN High Commissioner for Human Rights stressed the severe limits imposed on women s freedom of movement "negatively impacts almost all aspects of their lives, including the ability of women and their children to access and to participate in health services, livelihood and humanitarian aid."

This is of serious concern in a country facing dire intersecting humanitarian and economic crises, with 93 percent of households facing high levels of food insecurity.

Bachelet pointed out that Afghanistan could not meet the long line of towering challenges it faces without giving women a voice.

"The path out of crisis for the people of Afghanistan cannot be paved with the efforts of a few," she insisted.

"To move Afghan society towards peace, the representation of all Afghans in policy and decision-making processes will be crucial," she said.

"This includes listening to the voices of women and girls."