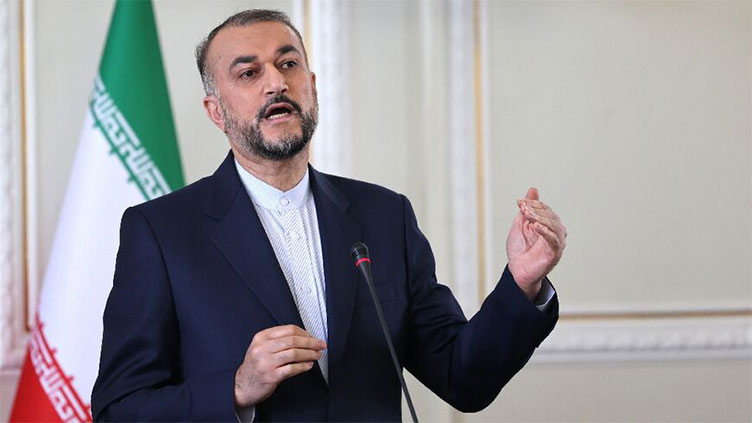 TEHRAN (AFP) - Iran on Tuesday said it still believes that negotiations can succeed to revive the 2015 nuclear deal with world powers, despite a recent rebuke from the UN nuclear watchdog.

Tehran last week condemned as "unconstructive" a move by the International Atomic Energy Agency to censure the country for failure to cooperate over its nuclear programme.

It also disconnected some of its cameras at nuclear sites, a move the IAEA warned could deal a "fatal blow" to negotiations to revive the nuclear deal.

"We believe negotiations and diplomacy are the best ways to reach the final point of the agreement," Iranian Foreign Minister Hossein Amir-Abdollahian said during a joint press conference with his Pakistani counterpart Bilawal Bhutto Zardari in Tehran.

Talks began in April last year to bring the United States back into that landmark agreement, after then president Donald Trump withdrew in 2018 and left it hanging by a thread.

The negotiations also aim to lift sanctions on Iran and bring it back into compliance with nuclear commitments it made to world powers as part of the deal.

But the ever-delicate dialogue has been stalled since March.

The IAEA s Board of Governors on Wednesday adopted a resolution censuring Iran for failing to adequately explain the previous discovery of traces of enriched uranium at three sites which Tehran had not declared as having hosted nuclear activities.

Amir-Abdollahian said that prior to the IAEA s move, Tehran had put forward a new initiative that the US had accepted, adding that Washington nonetheless moved to submit the resolution censuring Iran.

In Washington, State Department spokesman Ned Price declined to discuss specifics but said the United States was in regular contact with EU envoy Enrique Mora, who has been coordinating negotiations.

Iran "needs to decide to drop issues that are extraneous to the JCPOA", Price said, using the formal name for the deal, the Joint Comprehensive Plan of Action.

"We believe that if Iran makes this political decision, we ll be in a position to conclude and to pursue a mutual return to compliance with the JCPOA very swiftly," Price said.

"If Iran does not do that, it will further imperil the odds that we will ever be able to reach a mutual return to compliance with the JCPOA."

The United States has argued that Tehran s demand that Washington remove the powerful Revolutionary Guards from a terrorism blacklist is peripheral to discussions, although it can discuss the issue later.

Amir-Abdollahian promised that the Islamic republic would not abandon diplomacy through the European Union.

Iran "will not distance itself from... diplomacy and negotiations to reach a good, strong and lasting agreement," he said.

The JCPOA gave Iran sanctions relief in exchange for curbs on its nuclear programme to guarantee that it could not develop a nuclear weapon -- something Tehran has always denied wanting to do.

But the US withdrawal in 2018 prompted Iran to begin rolling back on its own commitments under the pact.

Iran s foreign ministry spokesman Saeed Khatibzadeh on Monday said all the measures the country has taken to scale back on its obligations under the accord are "reversible".