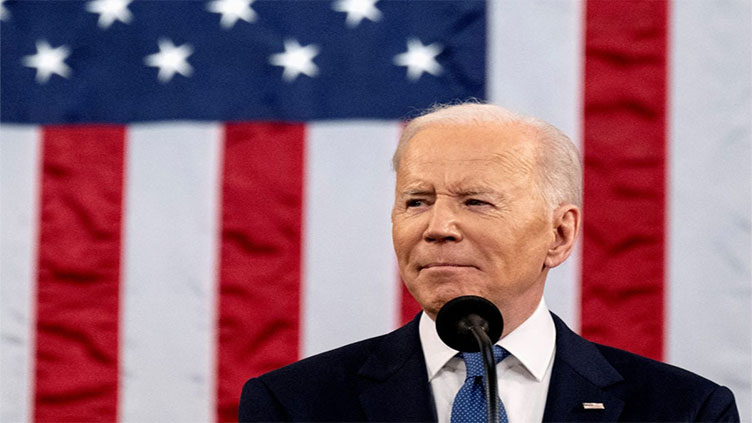 The White House ended weeks of speculation Tuesday, announcing that Biden will travel to Israel, the Palestinian West Bank, and Saudi Arabia from July 13-16 -- his first trip to the Middle East since taking office.

In addition to meetings with individual leaders in all three places, he will attend a regional Gulf Cooperation Council summit in Saudi Arabia.

Biden is expected to press for increased Saudi oil production, in the hope of taming spiraling fuel costs and inflation at home ahead of midterm congressional elections in which his Democratic party risks a drubbing.

But his meeting with the crown prince, often referred to as MBS, will mark a controversial shift.

As a presidential candidate, Biden said the 2018 murder and dismemberment of Jamal Khashoggi -- a Saudi-born US resident known for writing critical articles about the kingdom s rulers for The Washington Post -- had made the country a "pariah."

US intelligence findings released by the Biden administration identified MBS as the mastermind of the operation.

The White House sought to play down the encounter, not specifically mentioning MBS in its statement.

Pressed by reporters, White House Press Secretary Karine Jean-Pierre said "the president is going to see over a dozen leaders on this trip... We can expect the president to see the crown prince as well."

Saudi Arabia s statement was more direct, noting simply that Biden would meet with King Salman and then the young heir to the throne.

US inflation is at 8.6 percent, the highest rate in 40 years, with high fuel costs largely to blame. Political fallout has been swift as voters vent over Biden s inability to change global oil markets.

But while the White House also confirmed that "energy security" will be a topic, officials stressed that the whole trip has broader aims.

Jean-Pierre emphasized that "this visit to the Middle East region culminates months of diplomacy," as opposed to being driven by recent domestic political concerns.

Biden s multiple leader-level engagements during the brief yet intense journey will demonstrate "the return of American leadership" to the region, a senior US official told reporters.

The tour starts with meeting Prime Minister Naftali Bennett in Israel, with emphasis on the lavish US support for Israel s armed forces. That includes the Iron Dome anti-rocket system at a time of tension over ongoing failure to resurrect an international pact curtailing Iran s nuclear development.

"While in Israel, the president will likely visit an area where these defensive systems are utilized, as well as discuss new innovations between our countries that use laser technologies to defeat missiles and other airborne threats," the official said, speaking on condition of anonymity.

"The president will reaffirm the ironclad commitment to Israel s security."

Biden will stress "his lifelong commitment to a two state solution" for Palestinians and Israelis and restore US ties with Palestinians that were "nearly severed" under his predecessor Donald Trump.

Biden s flight from Israel to Jeddah will be the first by a US president from Israel to an Arab state that does not recognize the country. In 2017, Trump made the journey in reverse.

Once there, Biden will attend the Gulf Cooperation Council meeting with leaders from Bahrain, Kuwait, Oman, Qatar, Saudi Arabia and the United Arab Emirates, as well as being joined by the leaders of Egypt, Iraq and Jordan, the US official said.

A priority for Biden will be maintaining the recently extended truce in Yemen, as well as deterring Iran, "advancing human rights, and ensuring global energy and food security," the official said.

Biden will also join a virtual summit of the so-called I2-U2 diplomatic group of India, Israel, the UAE and the United States, with focus on "the food security crisis" sparked by Russia s invasion of major agricultural exporter Ukraine.

The most closely watched meeting will be between Biden and MBS.

The senior official said that despite the Khashoggi murder, the US-Saudi relationship goes back eight decades and while there had been a "recalibration," there was no desire for "rupture."

However, one Democratic senator, Ron Wyden, said in a statement that Biden "cannot value Saudi oil more highly than the blood" of MBS  victims.

"Embracing MBS only makes our people more vulnerable to the whims of tyrants," Wyden said.