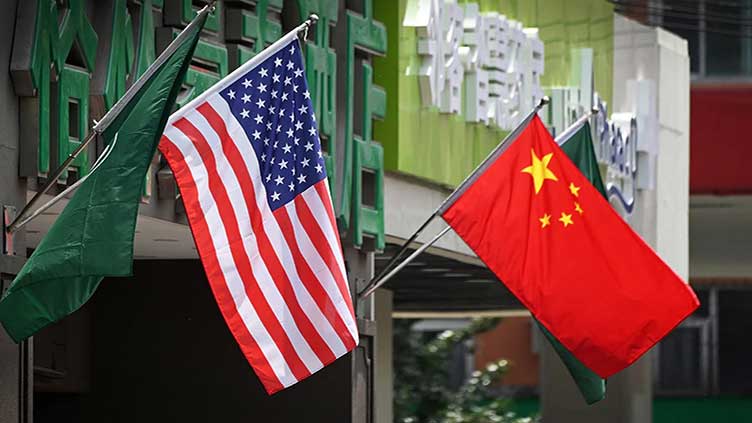 US National Security Advisor Jake Sullivan met with his Chinese counterpart on Monday.

WASHINGTON (AFP) - US National Security Advisor Jake Sullivan met with his Chinese counterpart on Monday, the White House said, describing their lengthy exchange as a "candid" attempt to "manage the dynamic" between the rival powers.

Sullivan s meeting with Yang Jiechi in Luxembourg lasted about four and a half hours, a senior White House official told reporters, and it followed up on a May 18 phone call.

The talks "included candid, substantive, and productive discussion of a number of regional and global security issues, as well as key issues in US-China relations," the White House said in a statement, with Sullivan emphasizing "the importance of maintaining open lines of communication to manage competition between our two countries."

No announcement was made on a new phone call or other contact between President Joe Biden and Chinese leader Xi Jinping, who last spoke by video link in March.

The administration official, who briefed reporters on condition of anonymity, acknowledged disagreement and tensions on a host of issues, including US-led attempts to isolate Russia over its invasion of Ukraine and Chinese saber rattling around Taiwan.

Just this Sunday, China s defense minister vowed China would "fight to the very end" to stop any independence bid by Taiwan. This followed Biden s statement during a visit to Japan last month that the United States would defend Taiwan if it came under attack -- a break with Washington s decades-old policy of "strategic ambiguity."

The administration official said Sullivan reiterated the US policy of recognizing Chinese sovereignty but expressed "concerns about Beijing s coercive and aggressive actions across the Taiwan Strait."

Despite the disputes, dialogue is valued for "maintaining open lines of communication," the official said.

"This is critical to avoiding potential miscommunication, misinterpretation, reducing risks."

Biden says he is considering lifting some tariffs in an attempt to defuse roaring inflation at home.