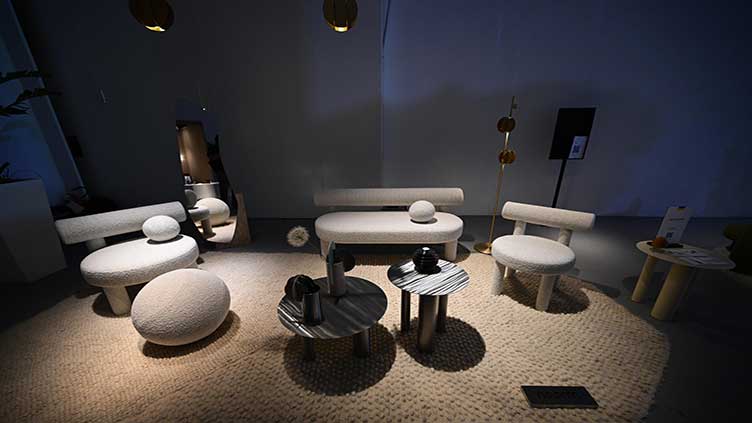 MILAN (AFP) - With their country mired in war, designers from Ukraine were keen to show their works on the sidelines of Milan’s furniture fair, seeking to defend and promote a cultural heritage being ransacked by the Russian army.

"It’s not a war between Ukraine and Russia, it concerns the whole world. It’s a war between democracy and imperialism," said designer Victoria Yakusha, 39.

Her exhibition "Chornozem" ("Black soil") presented on the premises of the T12-Lab cultural association, has been one of the highlights of the off-schedule shows in Milan.

Black, the colour of the dark soil of Ukraine, is omnipresent in her collection of contemporary, minimalist furniture. 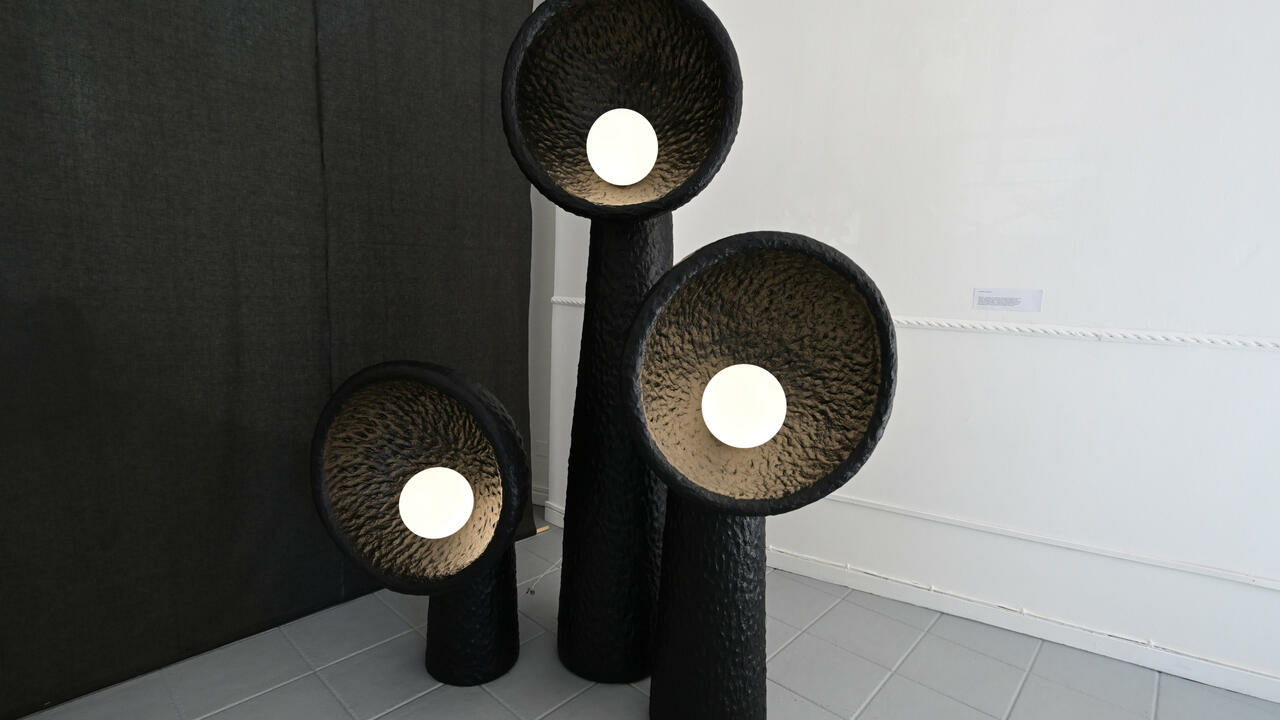 "Our strength is in our connection to our earth. We can’t speak with any other colour now," Yakusha told AFP in a telephone interview from Brussels, where she has been living for the past two years.

Through her work, Yakusha highlights Ukraine’s rich history and craftsmanship.

From the carpet woven with an ancient symbol from the Trypillia culture once dominant in eastern Europe, to the Kumanec clay vase celebrating pottery skills of old and lamps in the form of sunflowers -- everything points to a fertile land.

After Russia invaded its neighbour on February 24, "the shock was too great, I could no longer create. All my thoughts were with my family in the (eastern region of) Donbas, my team there and the craftsmen who had to be made safe," Yakusha said.

But she eventually returned to what she calls her mission, to "show the world the creativity and the beauty of Ukrainian culture and thus assert the identity" of her country.

Her brand, Faina, was born in 2014 out of the pro-Western Maidan revolution. "We want to defend our land, our freedom" through design, she said.

Part of the proceeds of Faina, whose creations are sold in 42 countries, including the United States, France and Britain, is donated to museums and other cultural institutions in Ukraine.

Work on the new collection of her Noom brand, exhibited at Superstudio Piu, stopped abruptly when bombs started falling on the capital Kyiv.

"We slept for a week in the parking lot underneath our building," before fleeing by car towards Lviv in the west of the country, where she is now based.

In Lviv, where her suppliers had also taken refuge, "the Russian attacks targeted mostly military installations, but there is no safe place anymore in Ukraine", she told AFP.

But after two months, Sokolova and her associate Arkady Vartanov began working again, keen to avoid "Ukrainian design being wiped off the world map".

Sokolova’s geometric forms and block colours were inspired by Ukrainian painter Kazimir Malevitch, an abstract artist of the 20th century.

The centrepiece of the exhibition is a sofa covered with a fabric made of curly wool, created to mark the centenary of the Bauhaus, the artistic movement founded in 1919 in Germany.

For Sokolova, the war "is like the return of Stalin".

"We want to avoid at all costs returning to the Soviet Union and to safeguard our Ukrainian culture".