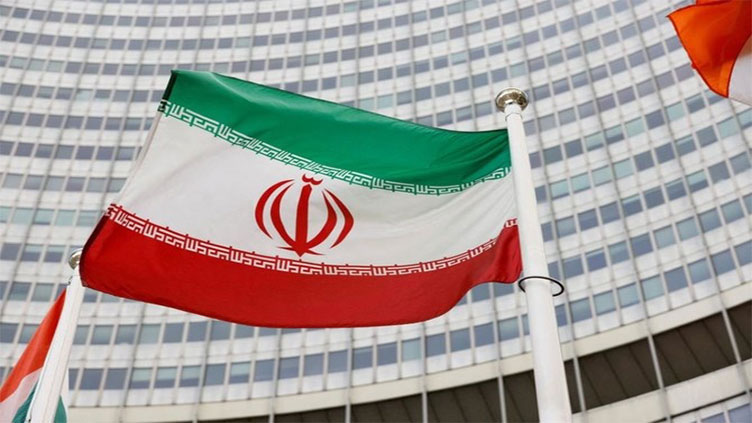 US, Britain, France and Germany have submitted a motion to UN atomic energy watchdog to censure Iran

VIENNA (AFP) - The United States, Britain, France and Germany have submitted a motion to the UN atomic energy watchdog to censure Iran over its lack of cooperation with the agency, diplomats said Tuesday.

The resolution urging Iran to cooperate fully with the International Atomic Energy Agency (IAEA) is the first since June 2020 when a similar motion censuring Iran was adopted.

It is a sign of growing Western impatience after talks to revive the 2015 landmark nuclear accord with Iran stalled in March.

In a joint statement to the IAEA s Board of Governors, which meets this week, Britain, France and Germany said they "strongly urge Iran to stop escalating its nuclear programme and to urgently conclude (the) deal that is on the table."

"Its nuclear programme is now more advanced than at any point in the past," they said, adding Iran s accumulation of enriched uranium has no "credible civilian justification".

Iran has always denied wanting to develop a nuclear weapon.

According to the latest IAEA report, the Islamic republic now has 43.1 kilogrammes (95 pounds) of 60-percent-enriched uranium.

IAEA head Rafael Grossi told reporters on Monday that it would be "a matter of just a few weeks" before Iran could get sufficient material needed for a nuclear weapon if they continued to develop their programme.

In a separate matter, the IAEA said in its report late last month that it still had questions that were "not clarified" regarding traces of enriched uranium previously found at three sites, which Iran had not declared as having hosted nuclear activities.

Grossi told reporters on Monday after opening the week-long meeting of the 35-member board that he hoped "to solve these things once and for all".

The motion by the US and the three European countries condemning Iran s lack of cooperation was submitted overnight from Monday to Tuesday, a European diplomat told AFP. Several others confirmed the news.

The vote on the motion is likely to happen on Wednesday or Thursday, according to diplomats.

Iranian foreign ministry spokesman Saeed Khatibzadeh told state TV on Monday that Iran would reject the resolution, saying it would have "a negative impact both on the general direction of our cooperation with the IAEA and on our negotiations".

China and Russia -- who with Britain, France and Germany are parties to the Iran nuclear deal -- have warned that any resolution could disrupt the negotiation process.

"Russia will not associate itself with such a resolution," Russia s ambassador to the UN in Vienna, Mikhail Ulyanov, said in a tweet late Monday.

Analysts say the high stakes negotiations are unlikely to fall apart because of the resolution.

The negotiations to revive the accord started in April 2021 with the aim of bringing the United States back into the deal, lifting sanctions and getting Iran to scale back its stepped-up nuclear programme.

The deal -- promising Tehran sanctions relief in exchange for curbs in its nuclear programme -- started to fall apart in 2018 when the then US president Donald Trump withdrew from it.