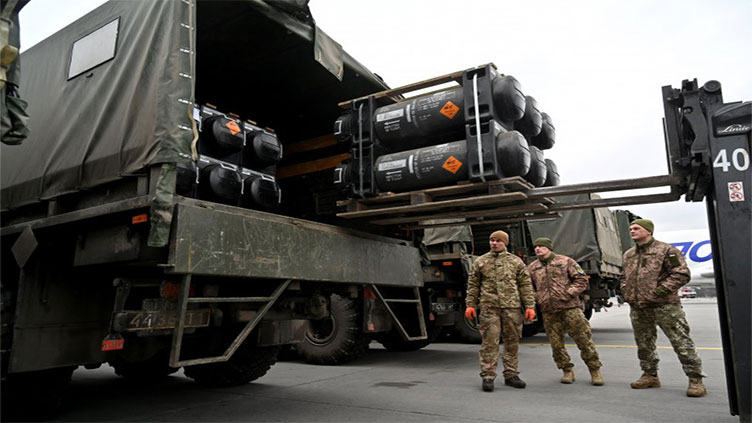 Britain said Monday it will mirror the United States and send long-range missile systems to Ukraine.

The UK Ministry of Defence said London had coordinated closely with Washington over its gift of the multiple-launch rocket systems, known as MLRS, to help Ukraine defend itself against Russian aggression.

The M270 launchers, which can strike targets up to 80 kilometres (50 miles) away with precision-guided rockets, will "offer a significant boost in capability for the Ukrainian forces," the ministry added.

The US last week announced it would give Kyiv its high mobility artillery rocket system, known as HIMARS, which can simultaneously launch multiple precision-guided missiles and is superior in range and precision to existing systems Ukraine has.

However, US President Joe Biden has ruled out supplying it with systems that could reach as far as Russia, despite Kyiv s repeated demands for them.

Despite that, the US move prompted Putin to warn Sunday that Moscow will strike new unspecified "targets" if the West supplies the missiles to Ukraine and said new arms deliveries to Kyiv were aimed at "prolonging the conflict".

"The UK stands with Ukraine in this fight and is taking a leading role in supplying its heroic troops with the vital weapons they need to defend their country from unprovoked invasion," he said in a statement.

"As Russia s tactics change, so must our support to Ukraine. These highly capable multiple-launch rocket systems will enable our Ukrainian friends to better protect themselves against the brutal use of long-range artillery, which Putin s forces have used indiscriminately to flatten cities."

Ukrainian troops will be trained on how to use the launchers in the UK, so they can "maximise the effectiveness of the systems", Britain s defence ministry said.

London has so far offered more than 750 million pound ($937 million, 874 million euros) in military support to Ukraine, including sending air defence systems, thousands of anti-tank missiles and various types of munitions, hundreds of armoured vehicles and other equipment.