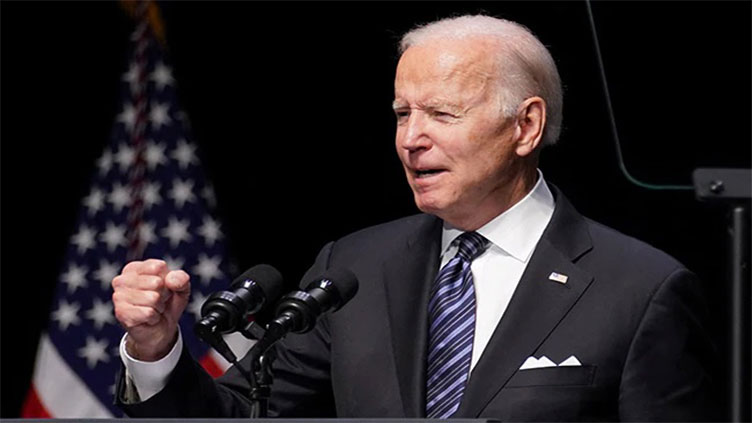 US President Joe Biden confirmed Friday he was considering a trip to Saudi Arabia.

WASHINGTON (AFP) - US President Joe Biden confirmed Friday he was considering a trip to Saudi Arabia, which would be a stark reversal after he called for the kingdom to be made a pariah state.

The New York Times and other US media, quoting anonymous sources, have reported that Biden would go ahead with the long-rumored Saudi stop during an upcoming overseas tour.

The reported decision came shortly after Saudi Arabia addressed two of Biden s priorities by agreeing to a production hike in oil -- which could help tame rocketing US inflation -- and helping extend a truce in war-battered Yemen.

"I m not sure whether I m going," Biden said when asked about reports of an imminent visit. "There is a possibility that I would be going to meet with both the Israelis and some Arab countries at the time."

"Saudi Arabia would be included in that if I did go, but I have no direct plans at the moment," Biden told reporters.

The trip would reportedly happen around the time Biden travels to a NATO summit in Spain and Group of Seven summit in Germany later this month.

He is also widely expected to travel to Israel where, as in Saudi Arabia, he is sure to face pointed questions about slow-moving US diplomacy with the two countries  rival, Iran.

While running for president, Biden called for Saudi leaders to be treated as "the pariah that they are" after the ultraconservative kingdom s chummy relationship with his predecessor Donald Trump.

Trump had largely shielded Saudi Arabia from consequences after Khashoggi, a US resident who wrote critically about Crown Prince Mohammed in The Washington Post, was lured into the Saudi consulate in Istanbul where he was strangled and dismembered.

Trump s son-in-law and top aide, Jared Kushner, had developed a close bond with the prince known by his initials "MBS," reportedly conversing with him over WhatsApp chats.