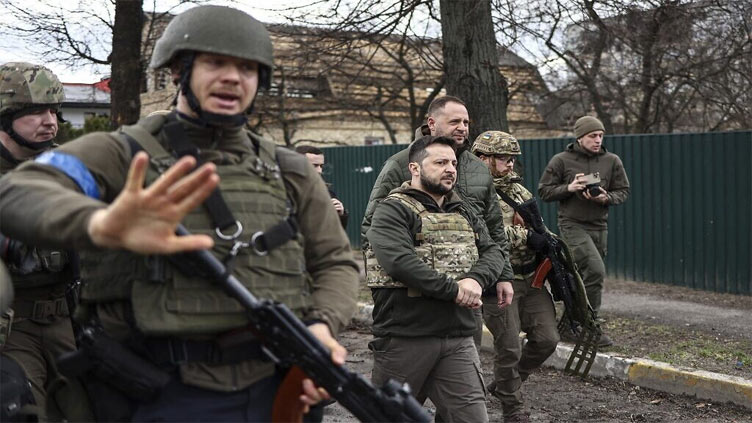 KYIV, Ukraine, (AFP) - Ukraine s President Volodymyr Zelensky visited the country s war-ridden east for the first time since the Russian invasion, on a trip to Kharkiv region, from where Moscow has retreated in recent weeks.

Zelensky s office posted a video on Telegram of him wearing a bullet-proof vest and being shown heavily destroyed buildings in Kharkiv and its surroundings.

"2,229 buildings have been destroyed in Kharkiv and the region. We will restore, rebuild and bring back life. In Kharkiv and all other towns and villages where evil came," the post said.

The Ukrainian leader has been based in Kyiv since Russian President Vladimir Putin launched his full-scale attack on February 24.

In the video, Ukrainian soldiers showed Zelensky destroyed trucks on the side of a road going through a field.

"In this war, the occupiers are trying to squeeze out at least some result," Zelensky said in a later post.

"But they should have understood long ago that we will defend our land to the last man. They have no chance. We will fight and we will definitely win."

He also met local officials -- the governor of Khariv region and the mayor of the city -- to discuss reconstruction programs for the region.

He called on them to "find cool projects" to rebuild destroyed areas.

"This is a chance for such districts to have a new face," Zelensky said.