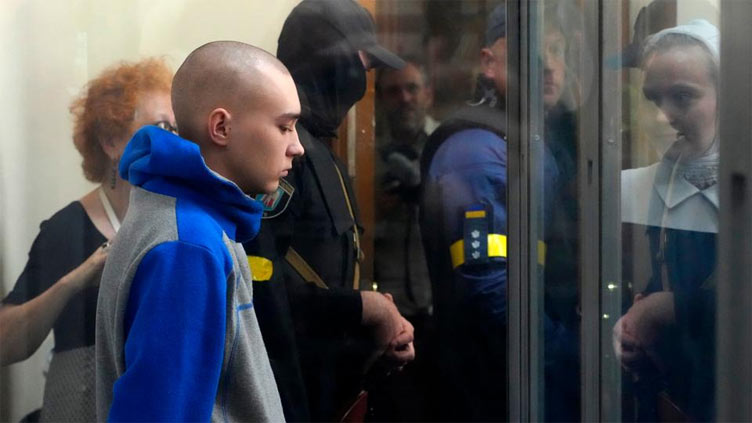 He is accused of killing the civilian, allegedly on a bicycle

Asked in court if he was guilty of the allegations, including war crimes and premeditated murder, 21-year-old sergeant Vadim Shishimarin responded "yes" on Wednesday.

He is accused of killing a 62-year-old civilian in northeast Ukraine in the first days of the Kremlin s offensive.

Shishimarin — from the Siberian region of Irkutsk — sat in the glass defendant s box in a Kiev district court, wearing a blue and grey hoodie.

The soldier looked towards the ground as a prosecutor read out charges against him in Ukrainian. An interpreter was translating for him into Russian.

He is accused of killing the civilian — allegedly on a bicycle — near the village of Chupakhivka in the eastern Sumy region on February 28.

Prosecutors say Shishimarin was commanding a unit in a tank division when his convoy came under attack.

He and four other soldiers stole a car, and as they travelled near Chupakhivka they encountered a 62-year-old man on a bicycle, they said.

According to prosecutors, Shishimarin was ordered to kill the civilian and used a Kalashnikov assault rifle to do so.

The Kremlin earlier said it was not informed about the case.