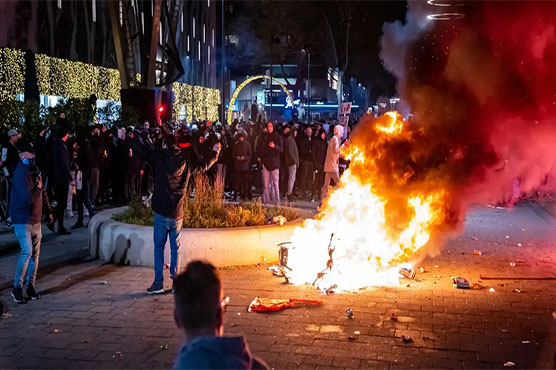 THE HAGUE (AFP) - Dutch Prime Minister Mark Rutte on Monday condemned three nights of unrest over anti-Covid measures as "pure violence  by "idiots" and vowed to prosecute those responsible.

Rutte s government meanwhile warned of further restrictions unless coronavirus cases decrease, despite the risk of further inflaming the situation after the riots in Rotterdam, The Hague and other cities.

The situation in the Netherlands appeared calmer on Monday, with police enforcing an emergency order in the northern city of Zwolle after fears of fresh demonstrations. But only a small group turned out to protest.

At least 130 people have been arrested, four people wounded by gunshots and several police officers injured since the violence first erupted on Friday.

The unrest "is pure violence under the guise of protest," Rutte told Dutch media on Monday.

"I understand that there is a lot of tension in society because we have been dealing with the scourge of corona for so long," said Rutte.

He said he would always defend the right to protest, but "I will never accept that idiots use pure violence," he said.

The Netherlands went back into partial lockdown on November 13 after a record spike in cases, with bars, cafes, restaurants and supermarkets closing at 8pm, and professional sports played behind closed doors.

The Dutch government however said on Monday that people urgently needed to stick to the measures or else further restriction would be announced.

Health Minister Hugo de Jonge said these could include "lockdown-like" measures, which could be announced ahead of the next scheduled update on December 3, public broadcaster NOS said.

Coronavirus cases hit 23,066 on Monday, the second-highest daily figure in the Netherlands since the start of the pandemic.

The government also unveiled a draft law to introduce so-called "2G measures," allowing bars, cafes, events and amusement parks to ban people who have not been vaccinated.

Anger over the 2G plans has been a driving force in the recent protests in the Netherlands.

Local authorities declared an emergency situation in Zwolle, barring all people from the city centre, after they received intelligence of riots being planned, police said on Twitter.

A group of 30 people demonstrated in the city centre despite the ban but police moved them on peacefully. Dozens of police guarded the area and stopped people from entering.

A group of youths set off fireworks and tore down a road sign in the nearby town of Apeldoorn before police dispersed them, local media reported.

The Dutch unrest is the worst since widespread riots in February over a Covid curfew.

On Friday four people suffered bullet wounds during pitched battles with police in the port city of Rotterdam, while on Saturday rioters in The Hague pelted police with fireworks and stones.

The trouble spread to cities including Groningen, Leeuwarden and Enschede on Sunday. 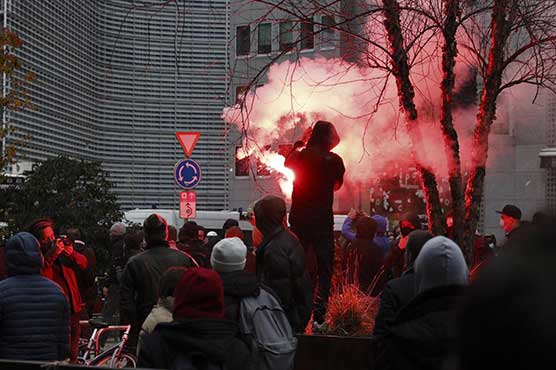 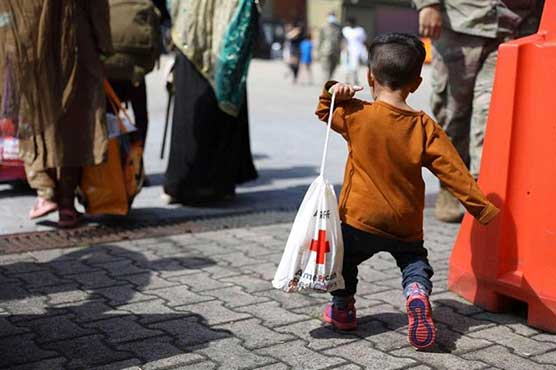 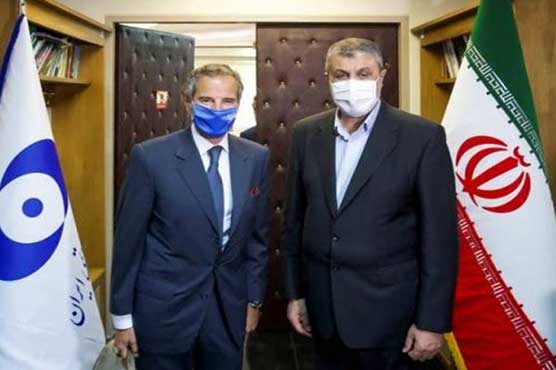 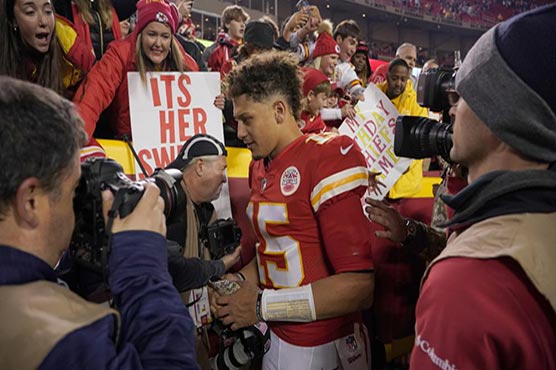