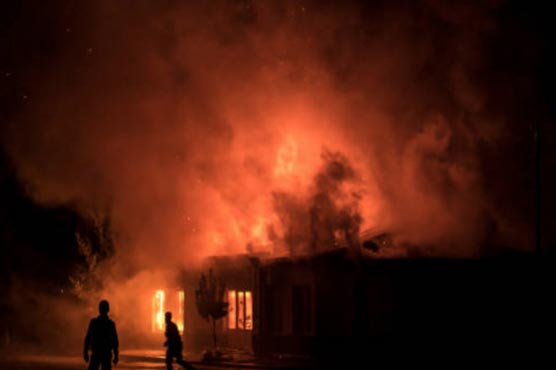 MOSCOW (AFP) – Armenia and Azerbaijan on Sunday mutually accused each other’s armies of opening fire at their border near the breakaway region of Nagorno-Karabakh in a fresh flare up of tensions between the Caucasus foes.

The two former Soviet republics battled for six weeks last autumn over Nagorno-Karabakh in a conflict that claimed more than 6,500 lives.

"Units of the Azerbaijani Armed Forces attempted a provisional offensive in the eastern direction of the Armenia-Azerbaijan border," Yerevan’s defence ministry said in a statement.

Armenian soldiers "prevented the enemy’s attempt" and "an intensive exchange of fire began", it said.

Among them was the district of Kalbajar, which Baku took over last year after nearly three decades of Armenian control.

The Azerbaijani ministry claims to have "taken adequate measures to put an end to the provocation." Neither country reported fatalities.

On Saturday, Nagorno-Karabakh authorities said the only road connecting Armenia to the separatist enclave -- the Lachin Corridor -- was briefly closed due to an incident between the two sides.

Since last year’s war, both Azerbaijan and Armenia have reported occasional exchanges of fire along their shared border, sparking fears of another flare up in their territorial dispute.

The war ended in November with a Russian-brokered ceasefire under which Armenia ceded territories it had controlled for decades to Turkish-backed Azerbaijan, but tensions remain high.