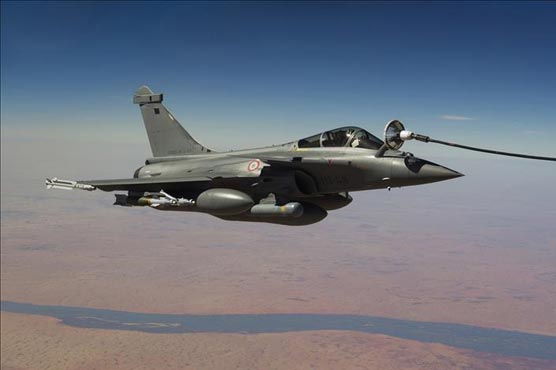 PARIS (AFP) - The Algerian government has banned French military planes from its airspace, the French army said Sunday, amid a diplomatic crisis sparked by a visa row and reported critical comments from President Emmanuel Macron.

France s jets regularly fly over Algerian territory to reach the Sahel region of western Africa, where its soldiers are helping to battle jihadist insurgents as part of its Barkhane operation.

Earlier in the last month of September, Algeria said it had closed its airspace to all Moroccan planes due to "provocations and hostile practices" by its neighbour, in the latest dispute between the countries at odds mainly over Western Sahara.

The move comes after Algeria broke off diplomatic ties with Morocco on August 24, accusing it of "hostile actions" following months of heightened tensions between the two North African countries.

Morocco called the severing of ties "completely unjustified" and said the decision was based on "false, even absurd pretexts".

Relations between the neighbours have been tense for decades due to Algeria s support for the Polisario Front, which demands a self-determination referendum in Western Sahara, while Morocco, which controls around 80 percent of the desert territory, has offered only autonomy.

The Algerian presidency said in a statement on Wednesday the decision had been made "to shut its airspace immediately to all civilian and military aircraft as well as to those registered in Morocco."

The decision was announced after a meeting of the High Security Council chaired by President Abdelmadjid Tebboune.

The presidency said the meeting examined the situation on Algeria s border with Morocco and took into account "the continuation of provocations and hostile practices by Morocco", without providing details.

The decision will not have a major immediate effect because Algeria closed off air links in March due to the Covid-19 pandemic, reopening to seven countries in June -- of which Morocco was not one.