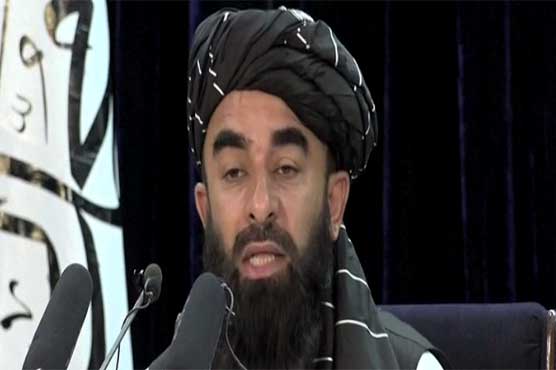 Addressing a press conference, the spokesman said that we do not see the positive statements of Prime Minister Imran Khan as interference in the internal matters of Afghanistan.

He confirmed that Pakistan and some other countries have political contacts with Afghanistan.

Zabiullah Mujahid said they are heading towards an inclusive government, adding that more people from different ethnicities including Hazaras, technocrats and educated people have been inducted in the interim cabinet.

The cabinet formation is not complete yet and more people will also be included in it, he told.

He further said that girls would soon be allowed to return to school in Afghanistan.

"We are finalising things... it will happen as soon as possible," spokesman Zabihullah Mujahid, said on girls’ education.