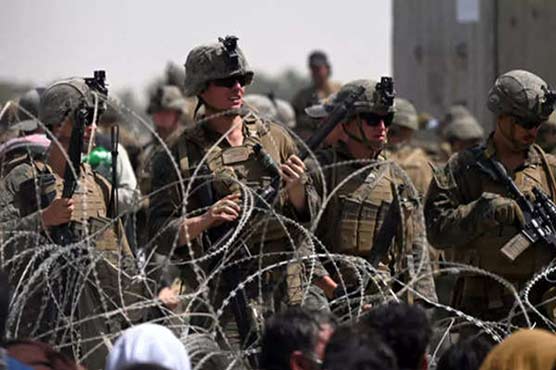 TERMEZ (AFP) - The Taliban’s takeover of Afghanistan has brought back bad memories to the country’s ex-Soviet neighbours, who fear a threat and a refugee crisis.

While the militants have never vied for territory beyond Afghanistan, their reign some two decades ago still wrought uncertainty in neighbouring Central Asia.

Now the region’s governments are steeling themselves against instability spilling over into their territory once again while locals are preparing for new neighbours at home.

"If refugees come we will give them our home and our salt and bread," said Abdualziz Mukhamadjanov, a 26-year-old businessman in the city of Termez in southern Uzbekistan near the Afghan border.

That sentiment is not shared by Russia, a longstanding force in the region, which has urged Central Asia to refuse Western requests to shelter Afghans.

Refugees have nonetheless arrived in Uzbekistan, though the government has said that it is only allowing them to pass through.

On August 20 it said it had assisted the westward evacuation of nearly 2,000 people -- mostly European citizens working in the country and some Afghans -- via the capital Tashkent’s airport.

It also said it had returned 150 Afghans following talks with the Taliban to guarantee their security.

Still, reports have circulated of large numbers of refugees crossing into Uzbekistan over the Amu Darya river using makeshift rafts, and an Afghan embassy staffer told AFP that a coronavirus centre in Termez was housing up to 1,500 people.

Tashkent has been tight-lipped about the situation.

Mukhamadjanov and many other residents of Termez near the Afghan border expressed surprise at the reports of asylum-seekers having crossed over, while AFP was barred access both to the coronavirus centre and a camp near the border.

When the Taliban first ruled from 1996 to 2001, the Islamic Movement of Uzbekistan (IMU) formed by Uzbeks, found homes in Afghanistan and neighbouring Pakistan.

Those militants stunned the region in 1999 with a daring incursion into Kyrgyzstan, briefly occupying a village. Uzbekistan blamed the group for bombings in Tashkent earlier that year.

The IMU is believed to be a much diminished force, but its remnants and other militant groups in Afghanistan with Central Asians among their ranks can still pose a threat, said Jennifer Brick Murtazashvili of the University of Pittsburgh.

Moscow, which has ramped up military drills in Central Asia, has said countries bordering Afghanistan had put in fresh orders for arms.

Russian President Vladimir Putin warned this month that militants could enter the region "under the guise of refugees".

Of the three ex-Soviet countries bordering Afghanistan -- Tajikistan, Turkmenistan and Uzbekistan -- only Tajikistan, where Moscow has a base, has refused to hold official talks with the Taliban.

Leader Emomali Rakhmon complained this month of the build-up of "terrorist groups" on the Afghan side of the border that is over 1,300 kilometres (800 miles) long.

The country has also denied reports that it sent military supplies to a group dominated by ethnic Tajiks that is mounting resistance to the Taliban in Afghanistan’s remote Panjshir Valley.

"For Turkmenistan and Uzbekistan, economic considerations could take precedence, necessitating a stronger relationship with the Taliban," Mullojanov Parviz Mullojanov, a visiting researcher at the School of Advanced Studies in the Social Sciences (EHESS).

"For Tajikistan, security will be foremost."

Both Tajikistan and Turkmenistan have suggested they are ready to take in refugees, while noting that the coronavirus poses complications.

Kazakhstan and Kyrgyzstan meanwhile have released statements saying they have not agreed to accept refugees in bids to curtail social media rumours.