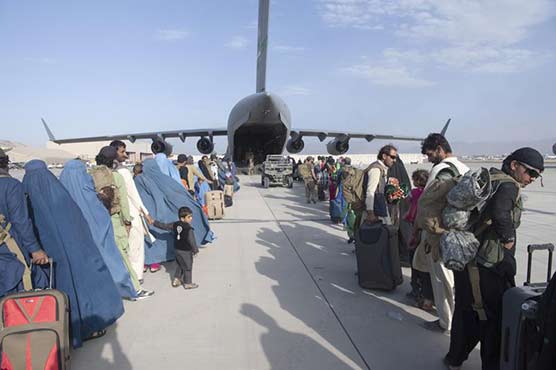 Poland evacuated people from Afghanistan to Uzbekistan before transporting them to Poland.

WARSAW (AFP) - Poland has completed its Afghanistan evacuation mission after transporting more than 1,300 people from Kabul, officials said on Thursday.

The evacuees were mainly Afghan staff of the Polish military contingent, but also included employees of the European Union and International Monetary Fund.

"More than 1,300 people have been transported to Poland," Deputy Foreign Minister Marcin Przydacz told reporters in Warsaw, adding that evacuations were being stopped "for security reasons".

Przydacz said Taliban authorities were only allowing foreign citizens to depart as of Wednesday.

Among the evacuees there were also 175 former employees of the Lithuania military contingent and a few who had assisted Estonian troops.

There was also a Dutch family and a person evacuated at the request of the International Olympic Committee, Przydacz said.

Poland evacuated people from Afghanistan to Uzbekistan before transporting them to Poland.

The 14th and final flight from Uzebkistan landed in the Polish capital Warsaw earlier on Thursday.

"Poland does not leave its friends in need and we always try to help in such situations," Prime Minister Mateusz Morawiecki said.

Morawiecki said Poland had evacuated 937 people, without explaining whether these were exclusively Afghan interpreters working with Polish troops.

Przydacz said more than 1,000 evacuees were currently in Poland and under quarantine.