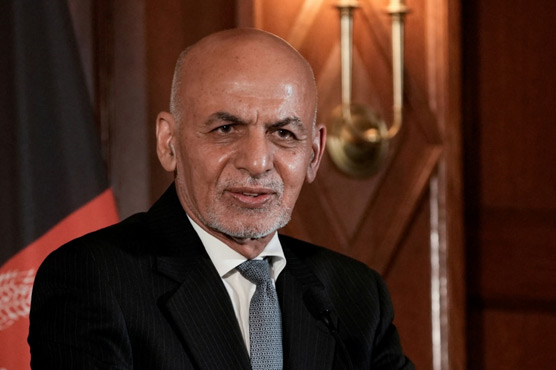 Ghani succeeded Karzai as leader of Afghanistan in 2014.

According to reports, Hashmat Ghani announced his support for the group in the presence of Taliban leader Khalil-ur-Rehman and religious scholar Mufti Mahmood Zakir.

Earlier, Ashraf Ghani said he hopes to return home, after fleeing to the United Arab Emirates in the face of the Taliban s rapid advance, and said he supported talks between the Taliban and top former officials.

"For now, I am in the Emirates so that bloodshed and chaos is stopped," he said in a video message -- his first appearance since leaving the capital on Sunday. He noted he had "no intention" to remain in exile.

"I am currently in talks to return to Afghanistan."

The United Arab Emirates announced earlier in the day that it was hosting Ghani "on humanitarian grounds".

In his message posted to Facebook, Ghani added that he supports talks between the Taliban and top former government officials, after it emerged that Taliban members had met with former president Hamid Karzai and Abdullah Abdullah, who headed the failed peace process.

Taliban leaders have said they have "pardoned all former government officials", according to the monitoring group SITE.

Ghani succeeded Karzai as leader of Afghanistan in 2014.