US Afghan evacuations stalling as receiving base overflows: Pentagon 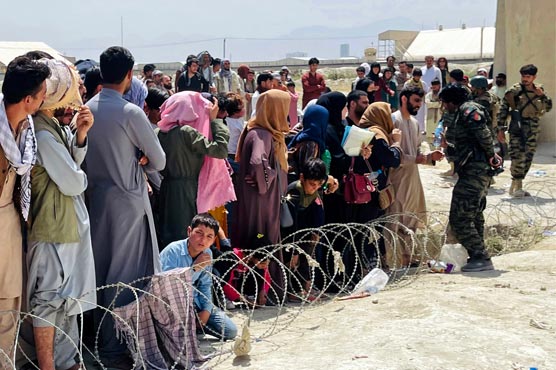 US Afghan evacuations stalling as receiving base overflows: Pentagon

WASHINGTON (AFP) - A Pentagon official confirmed Friday that US evacuation operations from Kabul s airport have been stalling because the receiving base in Qatar is overflowing and could not receive evacuees.

"There has been a considerable amount of time today... where there haven t been departures," Brigadier General Dan DeVoe of the US Air Mobility Command told reporters.

He said that his unit had all the aircraft needed to move thousands of US citizens and Afghans out of Kabul every day but confirmed that operations had stalled for hours Friday.

News reports said thousands of evacuees were ready to be transported in the airport but flights were not departing.

The challenge, DeVoe said, "is getting folk out of Afghanistan into the ISBs," or intermediate staging bases, mainly the US air base in Qatar.

"Over the course of the last half a day, the pace has been much lower," he said.

He confirmed that the problem is "managing the capacity flows there at the ISBs."

The US State Department has been criticized for being overly bureaucratic and not having enough staff to process thousands of Afghans seeking to come to the United States.

Evacuee accounts from Qatar describe sleeping on the floor in sweltering heat in a US aircraft hanger for three days or more, with limited facilities.