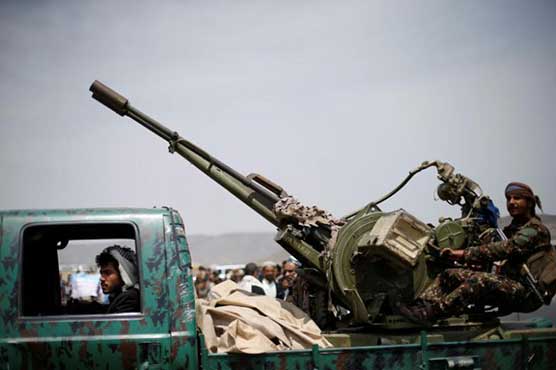 CAIRO/DUBAI (Reuters) - Yemen s southern separatists rescinded a declaration of self-rule on Wednesday and a new governor was appointed for the contested city of Aden, after a push by Saudi Arabia to reunite allies in a fight against Iran-aligned Houthi forces.

Riyadh has been seeking since late year to end a conflict between southern separatists and the Saudi-backed government, which has been based in Aden for five years after being driven from the capital Sanaa by the Houthis.

The government and the separatist Southern Transitional Council (STC), which is backed by the United Arab Emirates, are the main Yemeni forces in a Saudi-led anti-Houthi coalition. But the Yemeni allies have been in a standoff since last August when the STC took over Aden.

A power-sharing deal between them in November, called the "Riyadh agreement", was never implemented. The STC declared self rule in April and the two sides have been fighting in Aden and other southern regions.

Wednesday s developments were part of a new framework unveiled by Saudi Arabia to resolve the quarrel among the allies and implement their power-sharing deal.

STC spokesman Nizar Haitham said the group had rescinded its self-rule declaration and would work under the new framework.

The framework calls for a new governor for Aden. Yemeni government news agency Sabanet said a new governor, Ahmed al-Amlas, was appointed on Wednesday. The agency also quoted a government official as welcoming the Saudi initiative.

Military forces should leave the Aden governorate, forces in neighbouring Abyan province should separate and return to previous positions, and a ceasefire agreed in June should continue, the Saudi announcement said.

"The consent of the Yemeni parties to accelerate the implementation of the agreement reflects the serious desire for dialogue," Saudi vice minister of defence Khalid bin Salman tweeted.

The UAE, which scaled down its military presence in Yemen last year, also welcomed the Saudi initiative, and urged all Yemeni forces to cooperate in the fight against the Houthis, according to a foreign ministry statement carried by state news agency WAM.

The Yemen war has driven millions of people to the verge of starvation, requiring the world s biggest humanitarian response.

The dispute within the anti-Houthi camp has been holding up U.N. efforts to negotiate a ceasefire in the wider conflict. The United Nations has been holding virtual talks between the warring parties to agree to a permanent ceasefire and a restart to peace negotiations, which were last held in December 2018.

The U.N. Yemen envoy, Martin Griffiths, said on Tuesday the window of opportunity to reach an agreement was limited.

"There is a real risk that these negotiations will slip away, and that Yemen will enter a new phase of prolonged escalation, of the uncontrolled spread of COVID-19, and of severe and threatening economic decline," he told the U.N. security council.