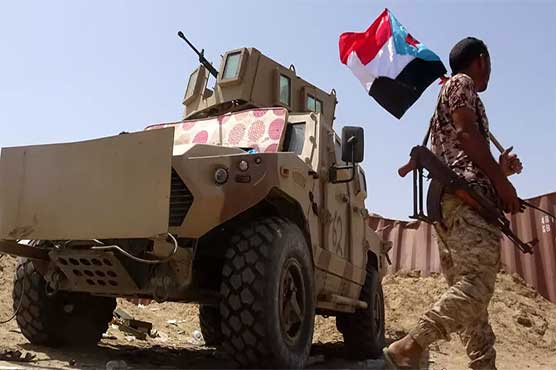 ADEN (AFP) - Yemen s southern separatists have seized control of the strategic island of Socotra, further undermining the government, which is battling to defeat the Huthi rebels firmly entrenched in the north.

The island, located off the Horn of Africa about 350 kilometres (220 miles) from Yemen, lies close to important shipping routes, and with its unique flora and fauna, is sometimes referred to as "the Galapagos of the Indian Ocean".

It has largely been spared the violence that has ravaged mainland Yemen, where the government and a Saudi-led military coalition have been battling the Iran-backed Huthi rebels for more than five years.

But in recent years, it has become a bone of contention in the anti-Huthi camp, to which both the Saudi-backed government and the separatists -- trained by key coalition member United Arab Emirates -- belong.

The fall of Socotra on the weekend deepens the crisis between Southern Transitional Council (STC) and the government after the failure of a power-sharing deal in areas beyond the control of Huthi rebels, who hold the capital Sanaa and much of northern Yemen.

The STC, which declared autonomy in southern Yemen on April 26, said it had already begun implementing self-rule on the island.

Military sources told AFP that its fighters took control on Saturday after an operation that began the day before, with only limited clashes with pro-government forces.

STC fighters had entered the capital Hadibo and established checkpoints there, they said.

The separatists, who are fiercely hostile to Islamist groups, said the pro-government forces based on the island were largely supporters of Al-Islah, an Islamist party allied with the internationally recognised government.

The UAE, which also has a zero tolerance policy towards Islamists, landed troops in Socotra in 2018, angering the government, which said the move was not justified as there were no Huthi forces present.

The flare-up, which highlighted the UAE s ambitions to strengthen its presence in Yemen and Africa, was defused when Saudi troops were deployed to the island and the Emirati forces withdrew.

Socotra is famed for its unique and spectacular vegetation, including the Dragon s Blood Tree with its distinctive umbrella-shaped canopy and red sap.

Much of its plant life is found nowhere else on the planet, making it a site of global importance for biodiversity.

A government spokesman accused the STC of mounting a "full-fledged coup" on the island, saying its fighters had targeted state institutions and raided military camps and government quarters.

In comments carried by the official Saba news agency, he urged the Saudi-led military coalition to stop the STC s "tampering, chaos and attacks" and compel them to implement the power-sharing deal signed late last year.

He said in a statement that the government and people have been "let down", and hit out at the "silence from those we are expecting to help us reach victory and stand by us".

The Saudi-led coalition has yet to comment on the developments.

The separatists and the government are technically allies in the fight against the rebels, but the recent move threatens to reignite a "war within a war" in the Arabian Peninsula s poorest country.

Since 2015, tens of thousands of people, mostly civilians, have been killed and millions displaced in what the United Nations calls the world s worst humanitarian disaster.