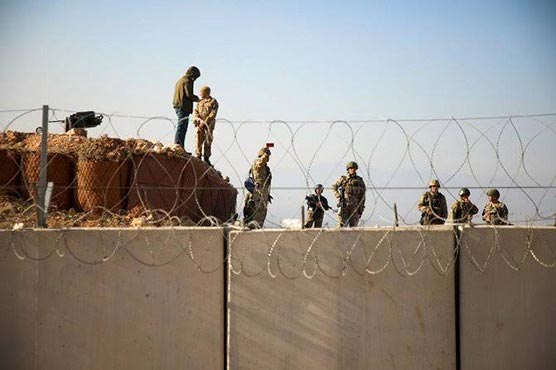 BEIRUT (AFP) - At least six Syrian government troops were killed by Turkish shelling on Monday in the northwestern region of Idlib in retaliation for a deadly regime attack, a war monitor said.

The Turkish strike on regime positions south of the flashpoint town of Saraqeb wounded another 20 regime fighters, the Britain-based Syrian Observatory for Human Rights said.

Turkish President Recep Tayyip Erdogan called it an "ongoing operation," and said that 30 to 35 Syrian forces were killed in the counterattack.

He urged regime ally Russia not to stand in the way of Ankara’s response.

The clash is a rare confrontation between Syrian forces and Turkish soldiers who are based in parts of Syria’s north and northwest where Ankara backs a host of rebel groups.

It risks a serious escalation in a region that has come under heightened attacks by Damascus and Moscow in recent weeks, displacing hundreds of thousands of people.

Erdogan last week warned that Ankara would use military force against Damascus if any of its positions in Idlib were threatened by attacks.

Turkey has 12 observation posts in the region as part of a Turkey-Russia deal to prevent a regime offensive.

Turkish media on Sunday reported that Turkey’s military sent reinforcements to the region to bolster the forces stationed at the posts.