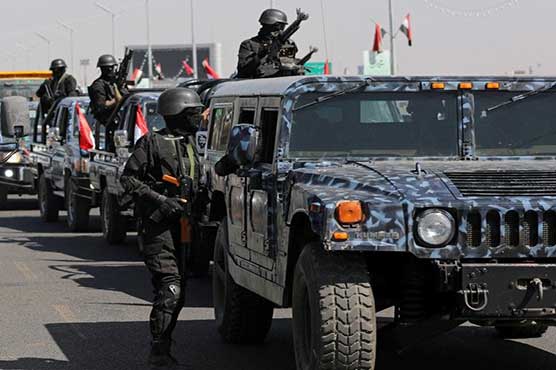 Saudi Arabia has been holding informal talks with the Houthis since late September on a ceasefire.

RIYADH (Reuters) - A Saudi-led military coalition said on Tuesday it had freed 200 prisoners from the Iran-aligned Houthi movement in a step that could further efforts to end the nearly five-year war in Yemen.

The International Committee of the Red Cross said it was aware of the coalition s "intention to release 200 detainees".

"We are in contact with the parties in this regard. We are ready to facilitate the repatriation of these detainees," spokeswoman Ruth Hetherington told Reuters.

Senior Houthi official Mohammed Ali al-Houthi welcomed the coalition s move and called for the rest of its prisoners to be released.

The Sunni Muslim alliance intervened in Yemen in March 2015 against the Houthis after they ousted the internationally recognised government from power in Sanaa in late 2014.

Saudi Arabia has been holding informal talks with the Houthis since late September on a ceasefire, sources have said, seeking to exit an unpopular war in which it has taken sole responsibility for military efforts after the exit of its main coalition partner, the United Arab Emirates.

"The coalition leadership is keen to continue supporting efforts to resolve the crisis in Yemen and to push forward the Stockholm agreement, including the deal related to the exchange of prisoners," spokesman Colonel Turki al-Malki said.

He was referring to a prisoner swap agreed by Yemen s Saudi-backed government and the Houthis last December at peace talks in Sweden that involves thousands of detainees, but which has stalled amid deep mistrust between the warring sides.

The Houthis had in September unilaterally released 350 prisoners, including three Saudis, after extending an offer to halt cross-border missile and drone strikes on Saudi Arabia if the coalition ended air strikes on Yemen.

The United Nations is trying to restart political negotiations to end the war, which has killed tens of thousands of people and pushed millions to the brink of famine.

The conflict is seen in the region as a proxy war between Saudi Arabia and Iran. The Houthis, who control Sanaa and most big urban centres, say they are fighting a corrupt system.