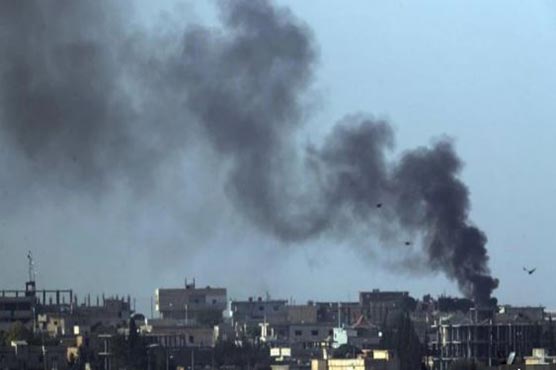 GENEVA (AFP) - Turkey’s deadly assault on Kurdish positions in northeastern Syria has forced 130,000 people to flee their homes, the UN said Sunday, adding it was preparing for that figure to more than triple.

"We have moved into a planning scenario where up to 400,000 people could be displaced within and across the affected areas," Jens Laerke, a spokesman for the UN humanitarian agency OCHA told AFP in an email, adding that these people would be "in need of assistance and protection."

The UN had said Friday that some 100,000 people had been forced to flee their homes since the beginning of Turkey’s military incursion on Wednesday, after US President Donald Trump ordered American troops to pull back from the border.

But by Sunday it warned of further displacements from rural areas around Tell Abiad and Ras al-Ain with latest estimates "surpassing 130,000 people".

"Exact numbers cannot yet be ascertained," the agency said in a updated assessment document.

Most of the displaced had reached relatives or host communities, but growing numbers were arriving at collective shelters, including in schools.

The UN warned of the impact of any further escalation of Turkey’s offensive or of sudden shifts in control over territory.

"Concerns remain grave around the risks facing thousands of vulnerable displaced persons, including women and children in various (displacement) camps," it said, pointing to Al-Hol, a camp holding relatives of IS suspects that lies outside the area targeted by Turkey.

The UN said that there were many other humanitarian consequences to the military assault, which is being conducted on multiple fronts along the border.

It also voiced concern for the safety of the staff of the 113 UN and other international aid organisations operating in the area, and had cut international staff numbers to 200 from normal levels of 384.