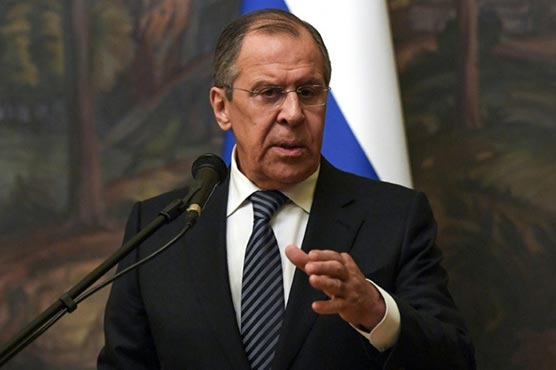 "We will strive for the necessity of dialogue between Turkey and Syria," said Russian FM.

"We will strive for the necessity of dialogue between Turkey and Syria," he said.

Turkey has "legitimate concerns about the safety of its borders" but had not been able to properly raise them with Damascus as this was "made difficult by the actions of the Americans and the coalition" east of the Euphrates river, he said.

"We have warned for many years about the extreme danger of the experiment that the Americans were staging there in an effort to pit the Kurds against Arab tribes," Lavrov told journalists in Turkmenistan.

"We warned against playing the Kurdish card because it can end badly," he said.

Kurdish forces controlling parts of northern Syria said they repulsed Turkish ground attacks on Wednesday and Thursday, but the Turkish defence ministry insisted its "Operation Peace Spring" would go ahead to curb the power of Kurdish insurgents.

Moscow will "see what can be done" in using its "good relations with all parties" to prevent another crisis in Syria, Lavrov said.

"We will also push to get contacts going between Damascus and Kurdish organisations," he said.

"We are interested in calming this situation as quickly as possible, based on the principle of respect toward Syria’s sovereignty."