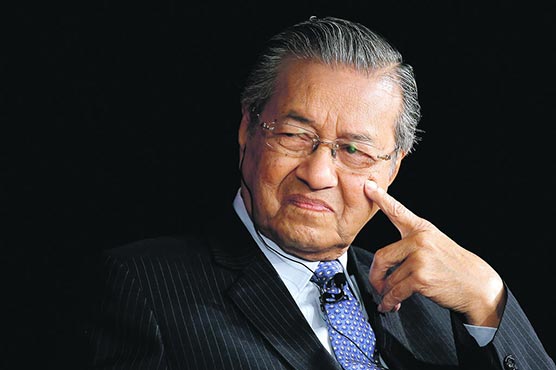 Dr Mahathir acknowledged that his remarks could be viewed negatively by the country criticised.

KUALA LUMPUR (Dunya News) – Days after India asked the Malaysian government to desist from commenting on the Kashmir issue, Malaysian Prime Minister Mahathir Mohamad on Tuesday defended his comments about the conflict in Indian-occupied Jammu and Kashmir (IoJ&K), which were critical of New Delhi during the United Nations General Assembly (UNGA) last month.

Addressing a press conference in Kuala Lumpur on Tuesday, he said that his remarks were simply an extension of his private exchange with Indian Prime Minister Narendra Modi, when the two met in Vladivostok, Russia.

He said that Malaysia is not taking sides in the conflict. “We must know how to manage this problem. If we do not criticise, and (by the way), our criticism does not side with anyone.

“Just demanding that both parties negotiate and not use violence. That has always been our policy. Do not use violence and instead, negotiate, or go for arbitration or go to the court of law.

“This is what I raised to Modi, when I met him at Vladivostok, and my speech is an extension of our stand, that we do not want to see violence erupt. Instead, any dispute, conflict among nations must be settled via negotiation, arbitration or court of law,” he added.

Dr Mahathir acknowledged that his remarks could be viewed negatively by the country criticised.

He replied in the negative when he was asked if he expected any repercussions for Malaysia’s trade with India.

“I have already spoken to Modi. If there are any unsatisfactory feelings within Modi, he can contact me, but to date, no calls,” he said in response to a question on whether India had expressed any displeasure with him.

He was asked to comment on the possible repercussions from the #BoycottMalaysia movement started by Twitter users in India.