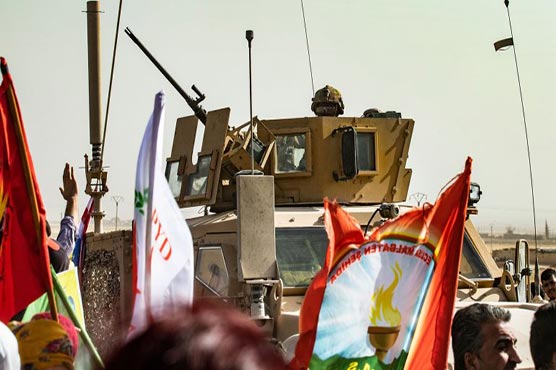 BEIRUT (Reuters) - Kurdish-led forces in northeast Syria said on Monday U.S. forces had withdrawn from areas at the border with Turkey where a threatened Turkish offensive would hurt its war against Islamic State and roll back security achievements.

The Syrian Observatory for Human Rights, a UK-based organisation that reports on the war, said U.S. forces had withdrawn from an area between the towns of Tel Abyad and Ras al-Ayn.

A U.S.-led military coalition that has deployed forces into northern and eastern Syria did not immediately respond to a request for comment.

The Syrian Democratic Forces, a U.S.-backed force that controls much of the northeast region along Turkey’s border, added it “will not hesitate for a single moment” to defend itself from an expected Turkish invasion.

The White House said late on Sunday Turkey will soon move forward with its long-planned military operation there to create what it calls a “safe zone,” adding U.S. forces would not support or be involved in it.

“Despite our efforts to avoid any military escalation with Turkey and the flexibility we have shown to move forward in establishing a mechanism for the security of the borders ..., the American forces did not fulfill their commitments and withdrew their forces from the border areas with Turkey,” the SDF, led by the Kurdish YPG militia, said in a statement.

The Turkish military operation “will have a great negative impact on our war against the Daesh organisation and will destroy everything that has been achieved with regards to stability during the last years,” it added.

The White House statement came after Turkish President Tayyip Erdogan and U.S. President Donald Trump discussed in a phone call Turkey’s plans for the area east of the Euphrates River in Syria.

“In a Tweet, SDF official Mustafa Bali said U.S. forces “began withdrawing from border, leaving the area to turn into a war zone”.