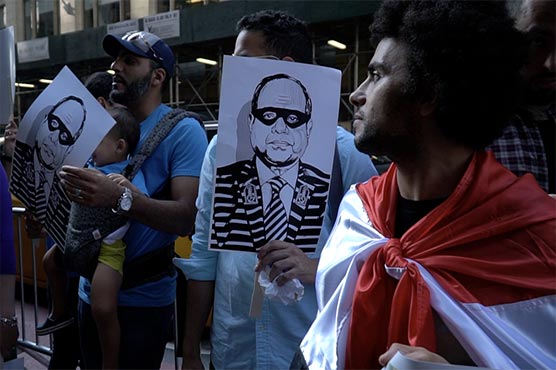 Security forces have stepped up their presence in main squares in major cities.

CAIRO (Reuters) - Egyptian police mounted a huge show of force in central Cairo and closed off entrances to Tahrir Square on Friday after calls for protests against President Abdel Fattah al-Sisi following opposition accusations of corruption, which he denies.

Protests broke out on Sept. 20 in Cairo and other cities following online calls for demonstrations against alleged graft by Sisi and the powerful military.

Sisi, who was in New York this week attending the U.N. General Assembly, returned to Cairo on Friday morning, where he was greeted off his plane by senior ministers and later stopped to speak to a crowd of supporters on the roadside.

Asking them why they were up so early on a Friday, the first day of Egypt s weekend, he said: "The situation isn t worth it. You need to know that the Egyptian people are very aware ... Don t worry about anything."

Sisi also appeared to repeat his earlier rejection of allegations of corruption posted online by Mohamed Ali, a former contractor and actor, in the run-up to the protests. Ali s videos have attracted a wide following.

"This is an image being painted as was done before, comprised of lies and defamation and some media working to present an image that isn t true. We re really strong, the country is really strong with (because of) you," he said in a video posted on his official Facebook page.

Since last weekend s protests, authorities have carried out a campaign of mass arrests which rights monitors say has seen around 2,000 people detained. Egypt s public prosecutor said on Thursday that "not more than 1,000" had been questioned after participating in protests.

Ali has called for new protests this Friday, though government supporters are also planning rallies to show their backing for Sisi and "stablity". Buses ferrying Sisi supporters could be seen on the road leading to Cairo from the northern city of Alexandria, and crowds waving Egyptian flags and pictures of Sisi gathered in eastern Cairo after Friday prayers.

The protests have unnerved investors and led to a pro-Sisi campaign in Egypt s strictly controlled media, which have tried to tarnish Ali s image and that of Egypt s enfeebled opposition.

Security forces have stepped up their presence in main squares in major cities and plain clothes police have been checking motorists  and pedestrians  mobile phones for political content, checks that continued on Friday morning.

Roads leading to Tahrir Square in central Cairo, the epicentre of protests that led to the overthrow of former President Hosni Mubarak in 2011, were shut to traffic. There was a heavy police presence around the square and at some junctions in central Cairo, including vehicles equipped with water cannon. Many shops and several central metro stations were closed.

At Cairo s Al-Fateh mosque, a starting point for protests in 2011, dozens of police, some in uniform and others in plain clothes with masks and large guns, stood near the exit as prayers finished.

At least 20 security vehicles were stationed around the mosque or patrolling nearby.

Sisi came to power after leading the overthrow of Islamist former President Mohamed Mursi, a Muslim Brotherhood leader, in 2013 after mass protests against Mursi s rule. On Friday, he said that at some point he would request another show of mass support in which Egyptians would "go out in their millions".

Sisi has overseen a broad crackdown on dissent that has extended to liberal as well as Islamist groups, and which rights groups say is the most severe in recent memory. Muslim Brotherhood leaders have been imprisoned or fled abroad.

His backers say the crackdown was needed to stabilise Egypt after the turmoil that followed the country s 2011 uprising.

Several hundred of those detained in the past week - who include prominent writers, activists and opposition figures - have been placed under investigation for charges including using social media to spread false news, joining a banned terrorist group, and protesting without a permit, defence lawyers say.

The International Commission of Jurists, a Geneva-based group that works to uphold the rule of law worldwide, called for the release of those "detained for exercising their fundamental freedoms".

Under Sisi, Egypt has undertaken a series of economic reforms backed by the International Monetary Fund which have won praise from economists but also increased pressure on many ordinary Egyptians, denting the president s popularity.

Austerity and the crackdown have left some torn between unhappiness at the situation and wariness of renewed unrest. "If this country goes under it won t recover," said one 46-year-old taxi driver. "It s under now, but there are degrees of how bad it can get." 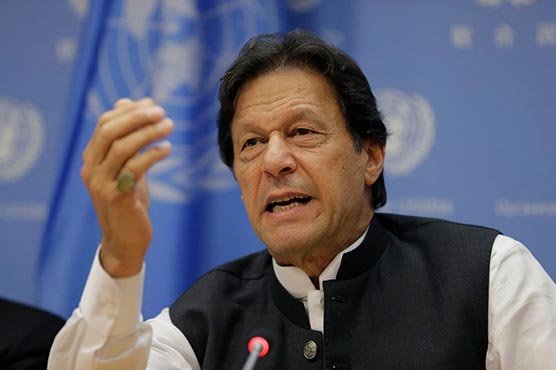 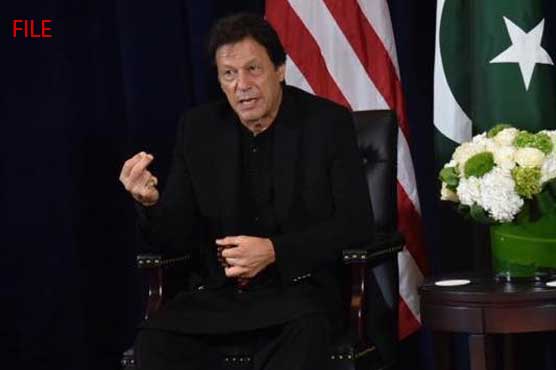 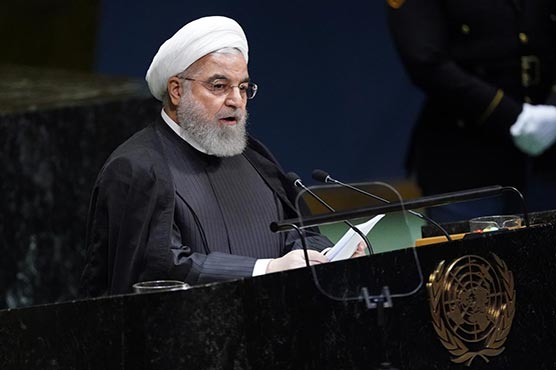