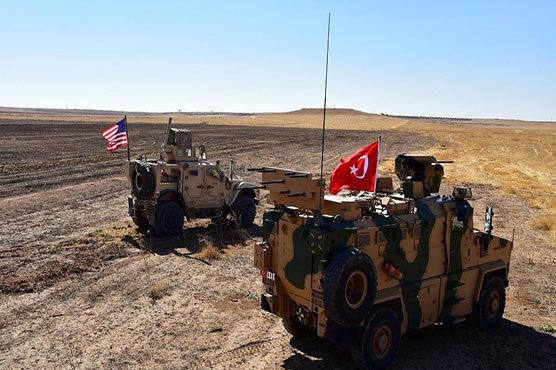 The first joint patrols were conducted on September 8.

ANKARA(AFP) - The US and Turkey launched a second round of joint patrols in northeastern Syria on Tuesday as part of plans to create a "safe" buffer zone, the Turkish defence ministry said.

Four Turkish armoured vehicles crossed the border to join US forces in Syria, state news agency Anadolu said, for patrols around the town of Tal Abyad.

Washington and Ankara reached a deal last month to establish a safe zone between the Turkish border and Syrian areas east of the Euphrates river controlled by the Syrian Kurdish People’s Protection Units (YPG).

The first joint patrols were conducted on September 8.

The United States views the YPG as a close ally in the fight against the Islamic State (IS) group.

But Ankara says the YPG is a terrorist militia linked to the outlawed Kurdistan Workers’ Party (PKK), which has waged an insurgency inside Turkey since 1984.

The PKK is blacklisted as a terrorist group by Ankara, the US and the European Union.

Turkish President Recep Tayyip Erdogan has repeatedly threatened to launch a cross-border offensive against the YPG.

He said at the weekend that plans for a unilateral operation had been completed in case there was not adequate progress in establishing the buffer zone by the end of September.

The Turkish military, supporting Syrian opposition fighters, has conducted two offensives in northern Syria against IS and the YPG in 2016 and 2018.