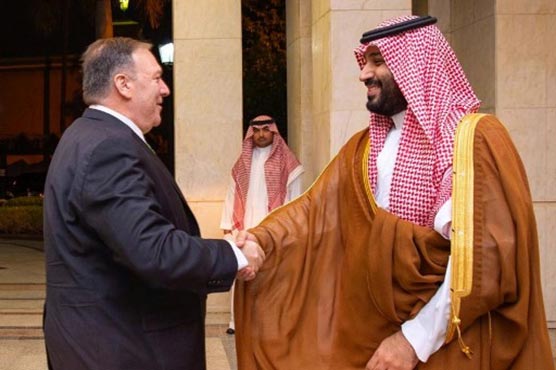 RIYADH (AFP) - US Secretary of State Mike Pompeo denounced strikes on Saudi Arabia’s oil infrastructure as an "act of war", as Riyadh unveiled new evidence it said showed the assault was "unquestionably" sponsored by arch-foe Iran.

The comments raise the risk of a wider conflict in the tinderbox Gulf region after the weekend strikes on the heart of the kingdom’s oil industry knocked out half its production, rattling energy markets.

"This was an Iranian attack," Pompeo told reporters Wednesday on his plane before landing in the western city of Jeddah, calling it "an act of war".

"This is an attack of a scale we’ve just not seen before."

His comment came as Saudi Arabia displayed what it said were fragments of 25 drones and cruise missiles fired at two facilities in the country’s east, engulfing them in flames.

"The attack was launched from the north and unquestionably sponsored by Iran," defence ministry spokesman Turki al-Maliki said.

Tehran-linked Huthi rebels in the kingdom’s southern neighbour Yemen have claimed responsibility, but both Washington and Riyadh have ruled that out.

But he would not be drawn on whether Saudi officials believed Iran would ultimately be found to be the culprit.

Pompeo said there was no evidence for media reports the attacks had been launched from Iraq -- caught between its two main sponsors, Tehran and Washington.

Late Wednesday CBS News cited an unnamed US official as saying that Iran’s supreme leader Ayatollah Ali Khamenei approved the attack, on condition that it be carried out in a way to deny Iranian involvement.

US officials quoted said the most damning evidence against Iran was unreleased satellite photos showing Iran’s Revolutionary Guard Corps making preparations for the attack at its Ahvaz airbase.

Diplomats at the United Nations said experts were expected in the kingdom to lead an international inquiry.

Pompeo met Saudi Crown Prince Mohammed bin Salman in Jeddah to discuss a response to the strike, which took out six percent of global supplies.

Meanwhile, the Huthis threatened to hit "dozens of targets" in the United Arab Emirates, part of a Saudi-led coalition against the rebels.

A US official, speaking on condition of anonymity, earlier told AFP the administration has concluded the attack involved cruise missiles from Iran, and said evidence would be presented at the UN General Assembly next week.

Vice President Mike Pence reiterated President Donald Trump’s comments that "we don’t want war with anybody, but the United States is prepared".

Trump, who has already re-imposed sanctions that have crippled Iran’s economy, promised on Wednesday to "substantially increase" the measures, winning quick praise from Riyadh.

Iran’s Foreign Minister Mohammad Javad Zarif, himself under US sanctions since July 31, described the measures as "illegal" and "inhuman".

Trump’s move was an "admission that (the) US is DELIBERATELY targeting ordinary citizens", he said on Twitter.

The apparent hardening of the US position came as Iran’s supreme leader ruled out negotiations with Washington "at any level".

That appeared to nix hopes for a dramatic meeting between Trump and his Iranian counterpart Hassan Rouhani at the United Nations next week.

Late Wednesday, the United States still had not issued Rouhani and his delegation with visas for the New York meeting, Iranian state media said.

Maliki said Saturday’s attack did not originate from Yemen, where Saudi Arabia is locked in a prolonged conflict with the Huthis, "despite Iran’s efforts to make it appear so".

He said the strike was beyond the capabilities of the militia -- who have however mounted dozens of smaller attacks on Saudi territory.

Observers say the Saudi experience in Yemen, where despite their vast firepower they have failed to subdue the ragtag but highly motivated militia, has made Riyadh circumspect about wading into another conflict.

"I certainly hope we’re not" going to have a war, Riyadh’s ambassador to London Prince Khalid bin Bandar told the BBC.

Iran has backed Huthi claims of being behind the attack, and Rouhani said Wednesday it was a rebel "warning" about a possible wider war in response to the Saudi-led intervention in Yemen.

State media said Tehran had written to Washington through the Swiss embassy on Monday, denying any role in attacks on Saudi installations and warning it would respond to any action against it.

Trump’s administration is considering responses including a cyber attack or a physical strike on Iranian oil infrastructure or its Revolutionary Guards, NBC News reported, citing unnamed US officials.

Oil prices have see-sawed since the attacks, with record gains Monday followed by a tumble Tuesday as the Saudi assurances on supplies soothed the markets. 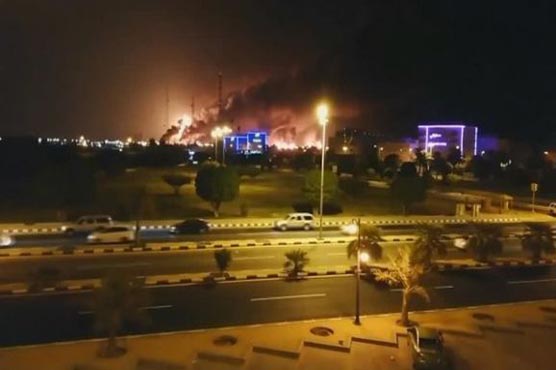 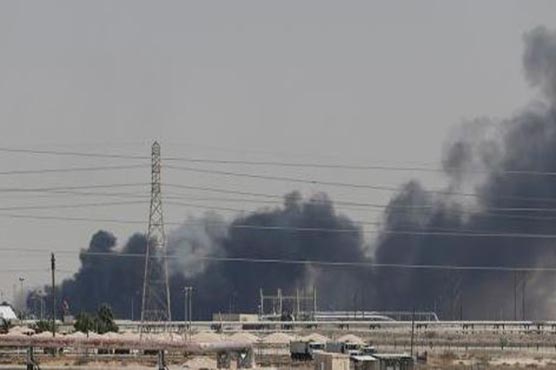