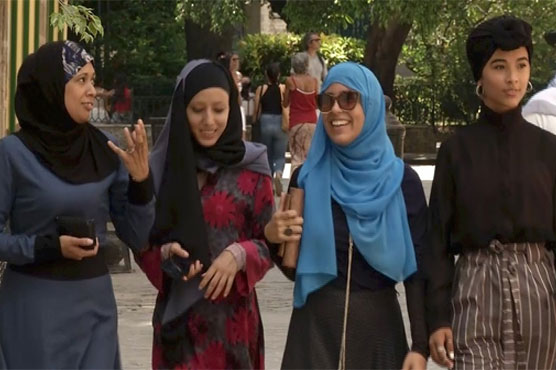 Muslim community in Cuba counts over 6,000 people including some 1,200 women.

HAVANA (Reuters) - More and more women wearing veils can be seen walking through the picturesque streets of old Havana, but these women aren’t tourists from far-flung places, they are Cuban Muslim women whose numbers are growing by the day.

Neither the Caribbean humidity, the difficulty finding Halal food, nor the existence of only one mosque in the entire country has dissuaded these women from finding their faith in Islam.

Most Cuban Muslim women are converts to the religion and have come to embrace their new faith for varied reasons: spiritual revelation, religious curiosity, or because they are in a relationship with a Muslim partner.

Maryam Camejo is a 27-year-old journalist who converted to Islam seven years ago. She says that the number of women, and in particular younger women, who convert to Islam has been increasing in recent years.

Maryam is deeply involved in the local Muslim community and teaches Arabic and Quran classes at Havana’s mosque which was inaugurated in 2015.

35-year-old Isaura Argudin says she has faced difficulties as a Cuban Muslim woman due to a lack of "knowledge" on the island.

According to the Islamic League of Cuba, the Muslim community in the country counts over 6,000 people including some 1,200 women.