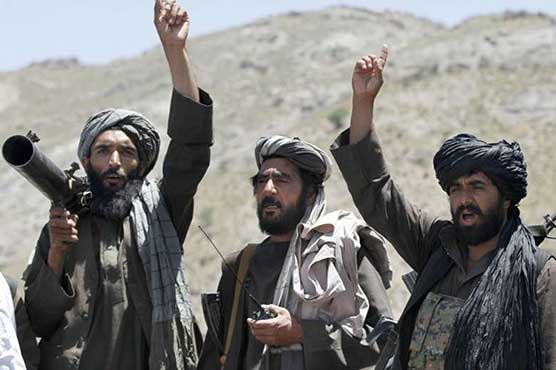 The militants have proven surprisingly deft at adapting to the ever-changing nature of modern media.

ISLAMABAD (AFP) - Fighting "fake" news, wrestling with social media, and deploying an intern army -- the Taliban’s sprawling propaganda machine embraces modernity even as the group vows to enforce militant controls on journalists if it returns to power.

Notorious for banning TV and radio under its iron-fisted 1996-2001 regime, the militants have proven surprisingly deft at adapting to the ever-changing nature of modern media.

The Taliban’s official spokesman now tweets real-time updates about battlefield operations and its media arm stays in direct contact with journalists on a range of messaging apps.

"Media is considered one side of the struggle," Taliban spokesman Zabihullah Mujahid told AFP via Whatsapp.

"We are not against modern technology," a senior Taliban source with links to the insurgents’ media wing told AFP.

"This is the need of the hour and using it is not against Islamic shariah."

But the source admits his team struggles at times to control their own narrative.

High-profile interviews have taken place without the media wing’s knowledge, sparking hurried denials along with confusion over the identity of the interviewee and whether he can really claim to speak for the Taliban.

Fake or unauthorised accounts sprout often on social media, while their official Facebook pages and Twitter handles are regularly banned only to be restarted under another name.

Even the official spokesman, Mujahid, is widely believed to be not one man but a moniker used by the information wing to issue statements.

The operation can be dizzying, admits the Taliban source.

"It gives us an idea of what the group is thinking about that day," said Colonel Knut Peters, spokesman for NATO’s Resolute Support mission in Kabul.

The casualty figures they release are often wildly exaggerated, but the group has been known to describe their operations more accurately, with fewer outlandish battlefield claims.

"The Taliban have discovered that truth has a greater impact than fiction," said Graeme Smith, a consultant for International Crisis Group.

"When a journalist was killed in Farah province, (a few) weeks back, I wrote to the Taliban spokesman, and I got the reply in minutes," said A. Mujeeb Khalvatgar, the director of an Afghan media support group, who said he is still waiting for a statement from the president’s office.

Information remains difficult to verify, however. Pakistani senior journalist Tahir Khan, who showed AFP a stream of messages, photos and voice notes from the Taliban on his mobile phone, said the information was "not usually correct".

But in a campaign like this, the battle for the truth might not matter. "This war... one major factor is psychological propaganda," he added.

Its value is demonstrated by how high the media operation goes.

The Taliban leadership gives orders to a handful of high-ranking militants responsible for the group’s media strategy, the militant source said.

The army of interns include journalism school students, along with IT experts who monitor the latest trends, the source claimed.

"They are servants of God, volunteers," he said.

The militants maintained strict control over media during their brutal rule. Most foreign journalists fled the country, while Afghan reporters often worked undercover for fear of being violently harassed or accused of spying.

In the 17 years since the US invasion, Afghanistan’s media has flourished.

But their success has made them targets, starting in 2016, when the Taliban killed seven employees of popular TV channel Tolo -- the first major attack on Afghan media since 2001.

Journalists have faced killings, attacks and abductions. In 2018 Afghanistan was ranked the most dangerous country for journalists in the world.

"Now (the Taliban are) using media a lot. It doesn’t mean they believe in freedom of expression," said Khalvatgar.

"It means that they know how to use the media... as a propaganda tool, not as a right of the people."

Meanwhile unprecedented talks between the Taliban and Washington have sparked fears of a potential US exit and a possible return to power for the insurgents.

The Taliban source said the group has no wish to shutter Afghan outlets -- but journalists would have to comply with an unspecified "code of conduct" in line with Islamic shariah.

Female anchors, common in Afghanistan today, would not be allowed on camera.

"It’s better that they stay at home or join some other respectable profession," said the Taliban source.

But foreign media would be welcomed, he claimed, unlike in the past.

"We sheltered Osama and provided him all our respect because he was our guest," he said.

"Everyone who comes from any other country will be our guest."