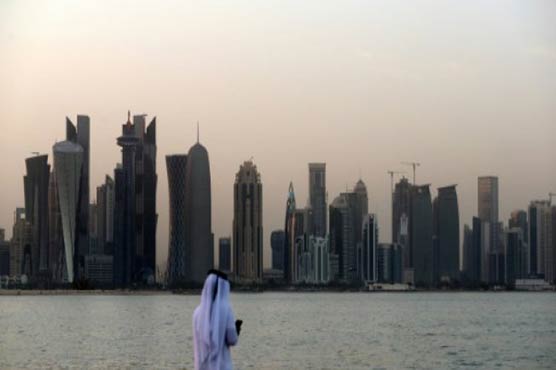 History teaches us that crises pass, but their mismanagement may leave behind long-lasting effects.

DOHA (AFP) - Qatar s ruler said Tuesday "crises pass" but warned of "long-lasting" scars from an acrimonious diplomatic dispute that has seen Doha isolated by Saudi Arabia and its allies for more than a year.

In an annual address to the nation, Emir Sheikh Tamim bin Hamad al-Thani pointedly called on other Gulf states to respect Qatar s sovereignty and not "interfere" in other countries  affairs.

"History teaches us that crises pass, but their mismanagement may leave behind long-lasting effects," Sheikh Tamim bin Hamad Al-Thani said.

Once allies, Saudi Arabia, the United Arab Emirates and Bahrain have imposed a near-total embargo on Qatar since June 2017 over allegations the emirate supports radical Islamist groups and seeks closer ties with Riyadh s arch-rival Tehran.

The emir said the crisis had exposed the weaknesses of the Gulf Cooperation Council (GCC), the regional political bloc of which the rival countries are members.

"It s truly regrettable that the continuation of the Gulf crisis revealed the failure of the GCC to achieve its objectives and meet the aspirations of our Gulf people."

He said Qatar had suffered no economic damage from the boycott and predicted it would retain its position as the world s largest exporter of liquefied natural gas.

"Our oil and gas exports have not been affected by the blockade," he said.

"The state has been keen on fulfilling all its obligations under the existing contracts and has signed several long-term contracts, the latest of which was with Petro China."

The crisis has thrown into the spotlight Qatar s preparations for the 2022 World Cup, which have been plagued with allegations of labour rights violations.

Sheikh Tamim said maintaining the huge expenditures necessary to host international football s showpiece tournament was "not easy" but the government had done so despite the hit state revenues had taken from the sharp fall in world energy prices from 2014.

Qatar has previously said it is spending around $500 million a week to prepare for 2022.

Sheikh Tamim, who has been in power since 2013, also had a warning for the population, saying that the country s astonishing wealth must be matched by ethics and morality.

"The high standard of living of the citizen must be accompanied by a development of values," he said.

If this does not happen, a "state of social corruption" could emerge.