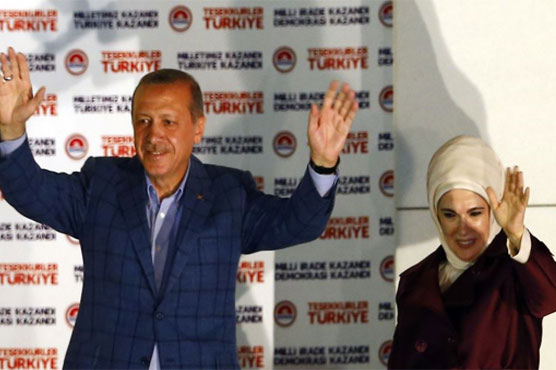 ISTANBUL (AFP) - Turkish President Recep Tayyip Erdogan on Monday celebrated winning five more years in office with sweeping new powers after a decisive election victory, as his main rival accepted the outcome despite bitter complaints over the conduct of the campaign.

A night of triumph for Erdogan saw the man who has dominated Turkey for the last 15 years declared winner of Sunday’s presidential poll without needing a second round and lead his ruling party-led alliance to an overall majority in parliament.

Erdogan, whose victory was wider than predicted by many analysts, vowed to "rapidly" implement the new presidential system agreed in an April 2017 referendum that opponents fear will give him autocratic powers and could keep him in office for another decade.

The new system creates a vertical of power with Erdogan at the top, giving him the power to appoint cabinet ministers and dispensing with the office of prime minister.

The president, 64, declared victory in Istanbul before returning to Ankara to deliver a triumphant speech at 3:00 am to tens of thousands of supporters from the balcony of the headquarters of his Justice and Development Party (AKP).

"Turkey has given a lesson in democracy to the entire world," he added, pointing to a turnout of 88 percent.

His main rival Muharrem Ince of the Republican People’s Party (CHP), who had challenged Erdogan with an energetic campaign, broke an uncharacteristic overnight silence to declare on Monday he accepted the results.

"I accept these election results," Ince said, adding Erdogan should "represent 80 million" and be "president for us all".

But Ince, who had faced limited airtime on television in the campaign and a near boycott by state media, said the run-up to the election had been unfair.

"This election was unjust until the results were announced," he told a news conference at CHP headquarters after ordering out crews from state-run TRT over their campaign coverage.

Ince vowed to "continue our fight until Turkey is a Turkey for everyone", expressing alarm over the powers Erdogan assumes under the new system which he described as "a one-man regime."

According to results published by the state news agency Anadolu, Erdogan won 52.5 percent of the vote, with Ince trailing with 30.7 percent.

Final results are due to be published by the Supreme Election Board (YSK) later this week but its chairman Sadi Guven declared Erdogan the winner.

If confirmed, the results will mean Erdogan, who enjoys sky-high support in parts of the Anatolian heart of the country, improved on his 51.8 percent score in 2014.

The pro-Kurdish Peoples’ Democratic Party candidate Selahattin Demirtas came third with 8.4 percent, a position all the more remarkable given he has been jailed on charges of links to Kurdish militants since November 2016.

With Turkey holding parliamentary and presidential elections on the same day for the first time, Erdogan was also able to enjoy an overall majority in parliament with the help of his allies from the right-wing Nationalist Movement Party (MHP).

The AKP won 293 seats in the 600 MP chamber but the MHP did far better than expected, winning 50 seats and giving their alliance a clear majority, according to results published by Anadolu.

The HDP easily broke through the 10 percent minimum vote threshold to pick up 67 seats, sparking wild celebrations in its Kurdish-majority stronghold of Diyarbakir.

In a tweet, Demirtas hailed a "great victory" despite suffering "the biggest injustice of the campaign".

Congratulations for Erdogan flooded in from Turkey’s partners in the Islamic world and allies who also have tetchy relations with the West, such as Russian President Vladimir Putin who praised Erdogan’s "great political authority".

Others congratulating Erdogan included Iranian President Hassan Rouhani, Venezuelan President Nicolas Maduro and Sudan’s President Omar al-Bashir but there was no word yet from big EU states or Washington.

The European Union and United States were keeping a close eye on the poll and trans-Atlantic security body the OSCE was due to deliver its verdict on the election later Monday.

Erdogan has transformed Turkey first as prime minister from 2003 to 2014 and then as president, allowing Islam a greater role in public life and giving the country a much more assertive profile on the international stage.

But critics accuse him of ruling with an iron grip, especially after the July 2016 failed coup which was followed by a state of emergency that has seen tens of thousands of people arrested.

He has a new five-year mandate and, although the president in Turkey can serve only two terms, this will count as Erdogan’s first term under the new constitution. Consequently, he could now stay in power until 2028.

The outcome relieved investors who had feared a prolonged period of uncertainty if the election went to a second round, with the Turkish lira gaining three percent against the dollar. 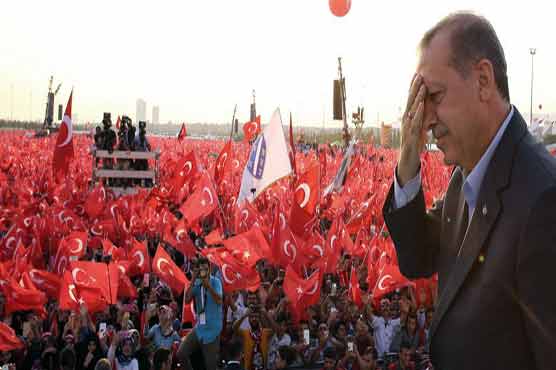 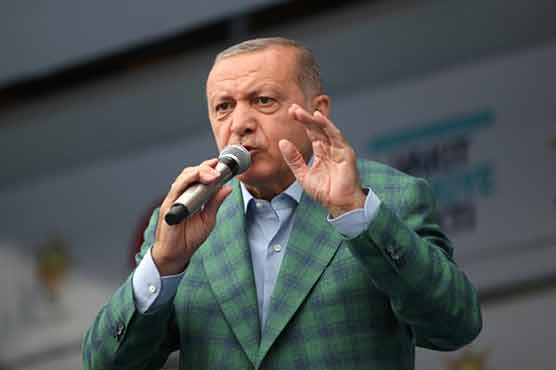 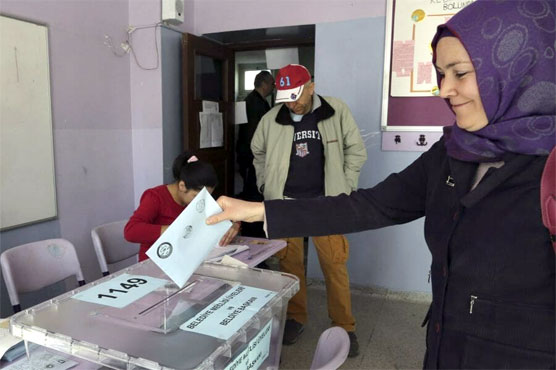 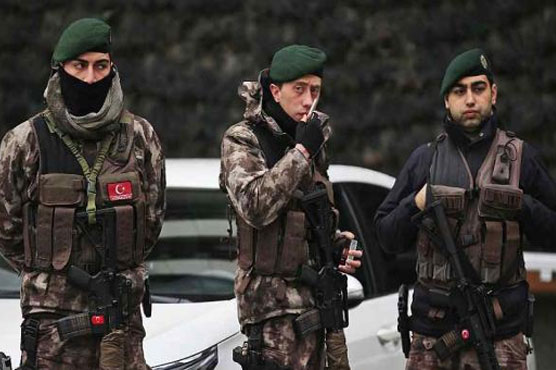