Qatar emir thanks Iran for support in Gulf crisis 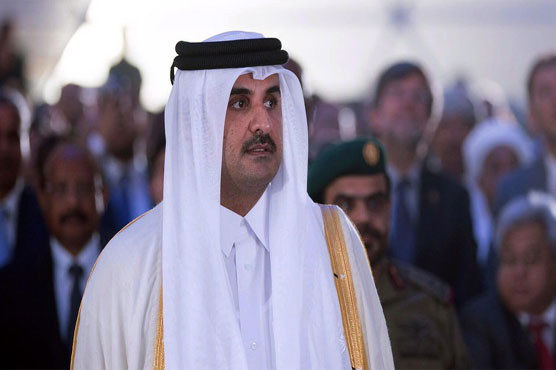 Qatar emir thanks Iran for support in Gulf crisis

In a telephone conversation, Sheikh Tamim bin Hamad Al-Thani and the Iranian leader also discussed ways of "boosting" relations between the two countries, according to a statement from Qatar News Agency.

The emir "expressed his gratitude to the Iranian president for Iran s stance towards the siege imposed on Qatar and its contribution to alleviate its economic impacts, particularly by opening its airspace and territorial waters", said QNA.

Qatar was abruptly cut off by a group of Saudi Arabian-led countries last June, in part because of distrust over its warming relationship with Iran, Riyadh s great regional rival.

Ironically, however, one outcome of the lingering crisis appears to be closer ties between Qatar and Iran, which share the world s largest gas field.

One sanction placed upon Qatar has seen its planes banned from using the airspace of boycotting countries, leaving the emirate reliant on Iran.

Commerce between the two countries is increasing, Tehran said recently that trade had risen by $250 million in the 12 months to March as Doha becomes more reliant upon Iranian imports such as food products.

Iran has even offered to help Qatar with facilities during the 2022 football World Cup, which will be hosted by the emirate.

It has offered its island of Kish to be used as a training camp during the tournament.

QNA said the telephone call was used to exchange greetings between the pair for Ramadan, the Muslim month of fasting which begins on Thursday.