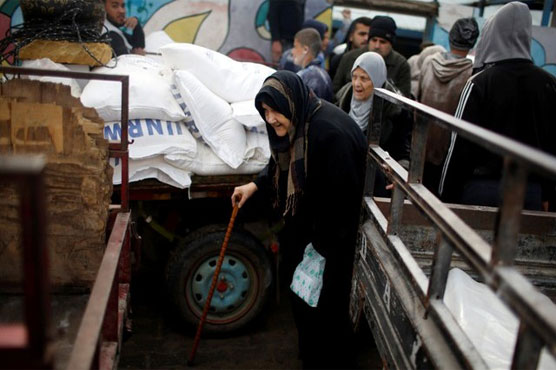 US held back $65 million that had been destined for United Nations relief agency for Palestinians.

WASHINGTON (AFP) - The United States held back $65 million that had been destined for the United Nations relief agency for Palestinians on Tuesday, two weeks after President Donald Trump threatened future payments.

State Department officials insisted the decision was not taken to pressure Palestinian leaders, but because the US wants other countries to help pay for and reform UNRWA.

But the call came after a behind-the-scenes tussle between hawks who want to cut all aid to Palestinians and officials concerned about the humanitarian and diplomatic fallout.

The State Department said $60 million of what had been a planned $125 million package would go through to keep the agency running, but the rest will be withheld for now.

"This is not aimed at punishing anyone," spokeswoman Heather Nauert told reporters.

"The United States government, and the Trump administration, believe that there should be more so-called burden-sharing to go around," she said.

"We would like other countries, in fact other countries that criticize the United States for what they believe to be our position vis-a-vis the Palestinians... to step forward."

The head of the UN Relief and Works Agency for Palestinian Refugees (UNRWA), Pierre Krahenbuhl, expressed alarm and immediately called on other UN members to contribute.

He said the $60 million would keep schools and hospitals open for now, but noted that it was dramatically lower than the $350 million Washington paid over the course of 2017.

"Funding UNRWA or any humanitarian agency is the discretion of any sovereign member state of the United Nations," he said, in a statement.

"At the same time, given the long, trusted, and historic relationship between the United States and UNRWA, this reduced contribution threatens one of the most successful and innovative human development endeavors in the Middle East."

The State Department s position raised skepticism in the light of a tweet sent by Trump on January 2, at the time when the $125 million contribution had been due to be paid.

"We pay the Palestinians HUNDRED OF MILLIONS OF DOLLARS a year and get no appreciation or respect," Trump wrote.

"They don t even want to negotiate a long overdue peace treaty with Israel," he protested, adding: "Why should we make any of these massive future payments to them?"

Following Trump s outburst, it was reported that his ambassador to the UN Nikki Haley had been pushing for a complete end to US aid to UNRWA.

But voluntary payments from the US are the biggest single source of support for the 68-year-old body, and other US officials opposed an immediate and total suspension.

Officials said the compromise would allow UNRWA schools and clinics in the Israeli-occupied West Bank, in Gaza and in neighboring Arab countries to remain open for now.

"There is a need to undertake a fundamental re-examination of UNRWA, both in the way it operates and the way it is funded," one official said on condition of anonymity.

But, even as US officials said the decision was not aimed at the Palestinians but intended to provoke UN reform, Israel welcomed it as a victory for their arguments.

He accused UNRWA s leaders of allowing "terror tunnels" to be dug under schools and teaching Palestinian children to deny the existence of the state of Israel.

"It is time for this absurdity to end and for humanitarian funds to be directed toward their intended purpose -- the welfare of refugees," he declared.

The Palestinians also saw the US decision as political.

A statement issued by Hanan Ashrawi of the executive council of the Palestine Liberation Organization accused Washington of seeking to dismantle UNRWA at Israel s behest.

She accused the US of "targeting the most vulnerable segment of the Palestinian people.

"It is also creating conditions that will generate further instability throughout the region and will demonstrate that it has no compunction in targeting the innocent," she said.

UNRWA has provided health care, emergency aid and schooling to Palestinians since 1950.

The United States has long been its biggest donor, with large voluntary payments topping up the budget that other UN member states provide for the frontline agency.

UN Secretary-General Antonio Guterres said he had not been informed of Washington s decision, but was "very concerned" by reports that it was in the works. 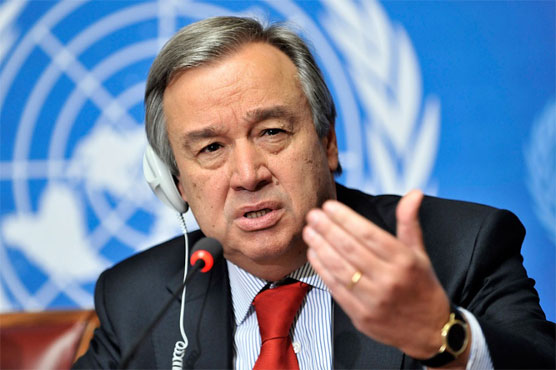 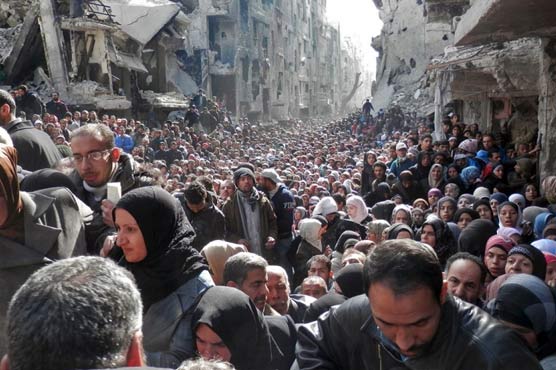 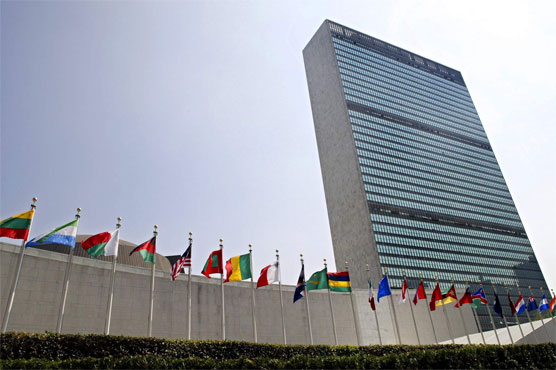