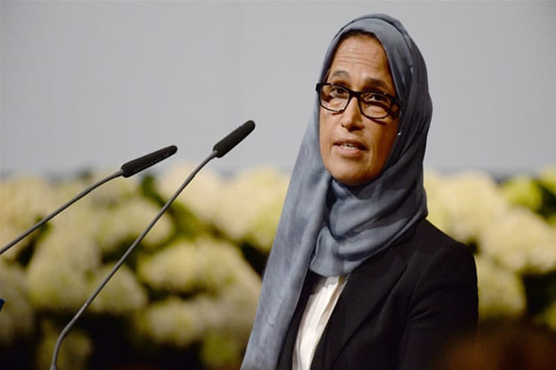 Qatar appoints Hessa Sultan al-Jaber who is one of four women to be on Qatar's Shura Council. Photo: EPA

(AFP) - Qatar has appointed women to one of its most important consultative bodies, the Shura Council, for the first time in the country’s history, according to a royal decree announced Thursday.

Four women will sit on the 45-strong council, which is responsible for discussing draft laws approved by the cabinet, general government policy and the state’s draft budget, state media said.

“Qatar’s Emir Sheikh Tamim bin Hamad al-Thani issued an emiri decree renewing the membership of some Shura Council members and appointing 28 new members to include women for the first time in the history of the… council,” said a statement on the Qatar News Agency.

The announcement comes as Qatar continues to deal with the impact of the worst and most bitter diplomatic crisis in the Gulf for years, which has seen the emirate politically and economically blockaded by neighbouring countries.

Qatar has attacked the five-month long blockade as being a “humanitarian” issue and, accordingly, Thursday’s announcement may have been prompted by the dispute.

Since the crisis began, Doha has made several notable social policy concessions.

These include proposed changes to its strict residency laws and agreeing to demands from human rights campaigners to overhaul its treatment of the two million-plus migrant workers in Qatar, readying the country for football World Cup in 2022.

In 2015, two women were voted on to the country’s only directly elected body, the 29-strong central municipal council.

Previously, Jaber became only the third woman appointed to the cabinet, when she was selected as communications minister in 2013.

She was also appointed to Volkswagen’s advisory board after Qatar’s investment in the German carmaker.

Qatar announced it would hold elections to the Shura Council in 2007, but the vote was subsequently postponed.

It has been suggested that elections will now take place in 2019 but this has not been confirmed.