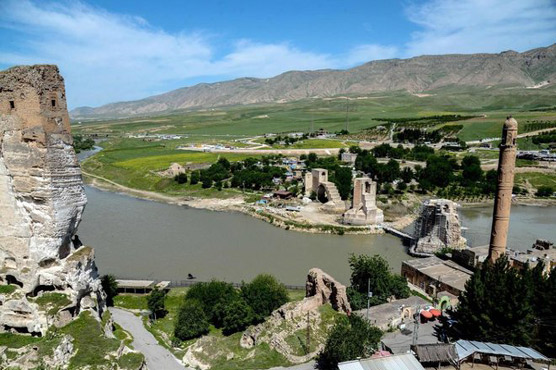 The historic centre of Hasankeyf set to vanish forever under the floodwaters from the Ilisu Dam project. Photo: AFP

(AFP) - At first glance all is as normal in the Turkish town of Hasankeyf, which has seen the Romans, Byzantines, Turkic tribes and Ottomans leave their mark in over 10,000 years of human settlement.

The Tigris River languidly flows through the historic centre of the town in southeast Turkey s Batman province, souvenir sellers offer their wares to a handful of tourists and the famous vista of minarets, the citadel and ruins of a bridge take the breath away.

But within the next few years, this scene is likely to be no more, with the historic centre of Hasankeyf set to vanish forever under the floodwaters from the Ilisu Dam project.

Turkish officials argue that the dam s hydroelectric power station will provide electricity and irrigation essential to the development of the Kurdish-dominated southeast.

The historic edifices will be moved in a hugely ambitious programme that has parallels with the shifting of key archaeological sites from the Pharaonic era in Upper Egypt when the Aswan dam was built in the 1960s.

But some local residents fear the inundation of Hasankeyf will wreak untold damage on the region that will not be avoided purely by shifting the monuments to new areas.

"There is no going back," said Arif Ayhan, a member of the Association for Trade and Tourism in Hasankeyf.

"The people could have been listened to, at least, and not ignored," he added.

"People here feel passed over by the state. It s us who are the victims."

Bazaar trader Mehmet Emin Aydin said: "We will try to fight as long as we can, so that the beauty and history of this city will not be destroyed." 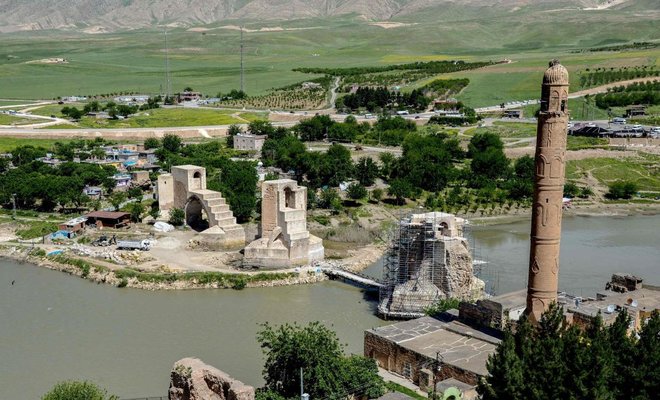 A picture of the location shows a general view of Hasankeyf bridge across the Tigris River in the Hasankeyf district in Batman. Photo: AFP

With the construction of the dam and hydroelectric plant now almost complete, the flooding process will begin on December 31 to create the lake that will eventually submerge Hasankeyf, according to the state-run Anadolu news agency.

The drive to relocate historic monuments has already begun, with the authorities in May moving a 15th-century tomb on a wheeled platform from its location in the town to a new site two kilometres (1.2 miles) away in a painstaking five-hour journey.

The tomb of Zeynel Bey -- a key figure in the early Islamic Ak Koyunlu tribe, one of many fighting for supremacy in Anatolia before the rise of the Ottomans -- has been moved to the site of a planned open-air museum on the shore of the new lake.

Striking in its cylindrical structure, the tomb is topped by a dome and still has extremely unusual glazed tiling on its exterior walls.

Authorities plan to fill the new "archaeological park" with nine more monuments from Hasankeyf by the end of the year and hope it will become a major tourist attraction.

But the movement of the tomb has only exacerbated the worries of critics who fear that the dam project is being carried out with scant regard for the town s heritage.

Europa Nostra, a cultural heritage NGO, said the moving of the tomb had been "carried out with insufficient consultation with the local and scholarly communities" warned that similar monuments were "highly endangered".

"The foreseen flooding of Hasankeyf would destroy evidence for one of the oldest organised human settlements ever discovered," it said, adding that "we deeply deplore" the decision to build the dam.

Mehmet Ali Aslan, a Batman province MP from the Peoples  Democratic Party (HDP), chained himself to a rock to protest the demolition, saying "I could not believe my eyes" when he saw the footage.

But the province s governor, Ahmet Deniz, said the rocks had been removed because they posed a danger and categorically denied that dynamite had been used. 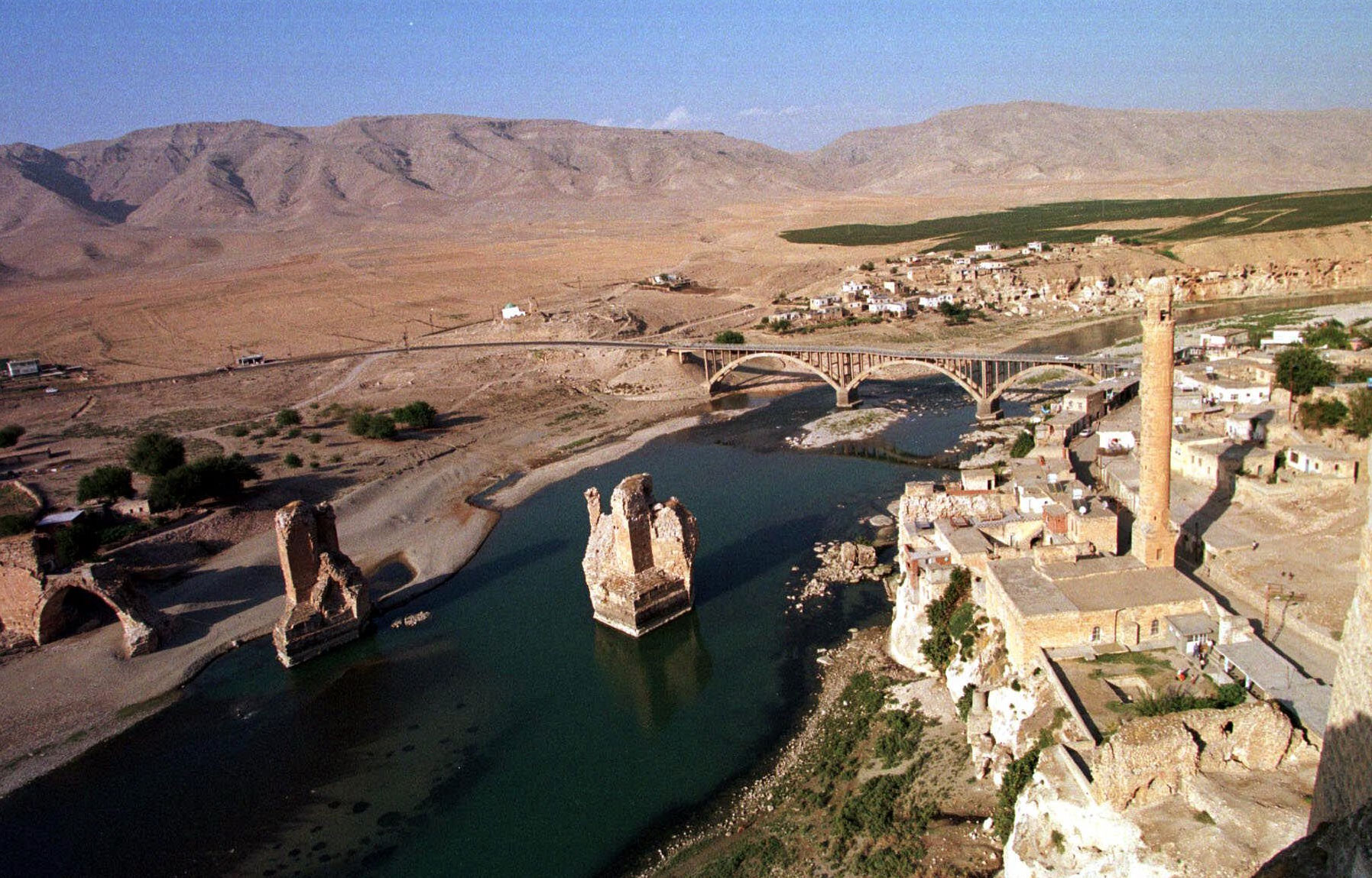 The construction of the Ilisu dam, which lies south of Hasankeyf in the Dargecit district of neighbouring Mardin province, was launched by President Recep Tayyip Erdogan while he was prime minister in August 2006.

He said at the time that the project showed "the southeast is no longer neglected" and vowed it would bring "big gains" for locals.

The dam is part of Turkey s Southeast Anatolia Project, which aims to harness the power of the Tigris and Euphrates rivers to revive a region whose development has been set back by the more than three-decade insurgency of the Kurdistan Workers  Party.

The project has been shadowed by controversy from its inception.

In 2009, Swiss, Austrian and German export guarantee agencies withdrew a pledge for 1.2 billion euros ($1.4 billion) of loan guarantees, saying Ankara had failed to give reassurances on the protection of the environment and cultural heritage.

Turkey claimed that the decision was "political" and pressed ahead with the project using financing from domestic banks.

The issue in Hasankeyf is wrought with sensitivity, and French photographer Mathias Depardon was detained on May 8 while working on a report in Hasankeyf for National Geographic magazine.

He was released after a month in custody, but it was never clear if his detention was linked to the initial accusations of "propaganda for a terror group" -- a reference to outlawed Kurdish militants -- or his interest in Hasankeyf.

The state has vowed to rehouse those uprooted by the project, with 710 new homes built in the upper parts of the town. But this is scant consolation for some locals.

"I do not need anything from the state, just that they leave their hands off beautiful Hasankeyf," said local resident Ayvaz Tunc.

"I only ask that Hasankeyf remains as it is in all its splendour. I want the tourists to come, I want to live here. I do not want the city to be swallowed up under the waters."