India will face consequences if stirs up conflicts on border: Chinese media 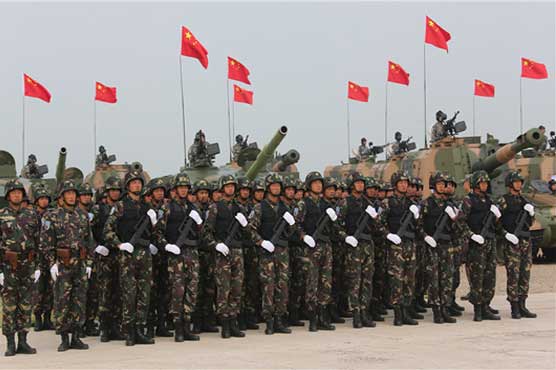 China doesn't recognize the land under the actual control of India is Indian territory.

BEIJING (Web Desk) - If India stirs up conflicts in several spots, it must face the consequence of an all-out confrontation with China along the Line of Actual Control (LAC), the Chinese state media reported today (Tuesday).

An article posted in English-language Chinese newspaper Global Times asked the authorities to “get ready for the face-off becoming a long-term situation” and at the same time “maintain a sense of rationality”, before adding that the two sides needed to exercise restraint and avoid the current conflict spiralling out of control.

“Within China, there are voices calling for the Indian troops to be expelled immediately to safeguard the country’s sovereignty, while Indian public opinion is clamoring for war with China. However, the two sides need to exercise restraint and avoid the current conflict spiraling out of control,” the paper added.

‘ATMOSPHERE FOR NEGOTIATIONS POISONED BY INDIA’

The Global Times further stated that China doesn’t recognize the land under the actual control of India is Indian territory.

“Bilateral border negotiations are still ongoing, but the atmosphere for negotiations has been poisoned by India,” the article said, adding that “China doesn’t advocate and tries hard to avoid a military clash with India, but China doesn’t fear going to war to safeguard sovereignty either, and will make itself ready for a long-term confrontation.”

The news comes a day after the People’s Liberation Army (PLA) conducted live-fire exercises in Southwest China’s Tibet Autonomous Region. The brigade that conducted the drills was from the PLA’s Tibet Military Command and is one of China’s two plateau mountain brigades.

According to the Indian media, Indian troops are also stationed at the border area and have set up logistical support. They even claim that India will continue the confrontation with China at the Sikkim section of the China-India border until the Chinese troops withdraw.

The 3,500-kilometer border has never been short of disputes. Since the 1962 border war, the Indian side has repeatedly made provocations.